Even though early in the week, today seems to be a travel day. The regional train to Cologne is not only packed, it is stuffed with suitcases so a normally equipped person would have trouble passing the small ally between the seats. For me, heaving a backpack broader than me, a suitcase and my guitar, it is nearly impossible. Still, my mind is occupied less with the inside of the train or the medium itself but with the tracks it follows. Laid stoically out beneath it, seemingly endless, carrying locks and harboring fear. Often while waiting I stare at the tracks and across to the adjacent platform. It is close, separated from me by two tracks less than a meter below the platform border. This distance, this height in a different environment mean nothing. In order to get across, nothing is as easy as a jump down, walking a few meters and climbing up on the other side. 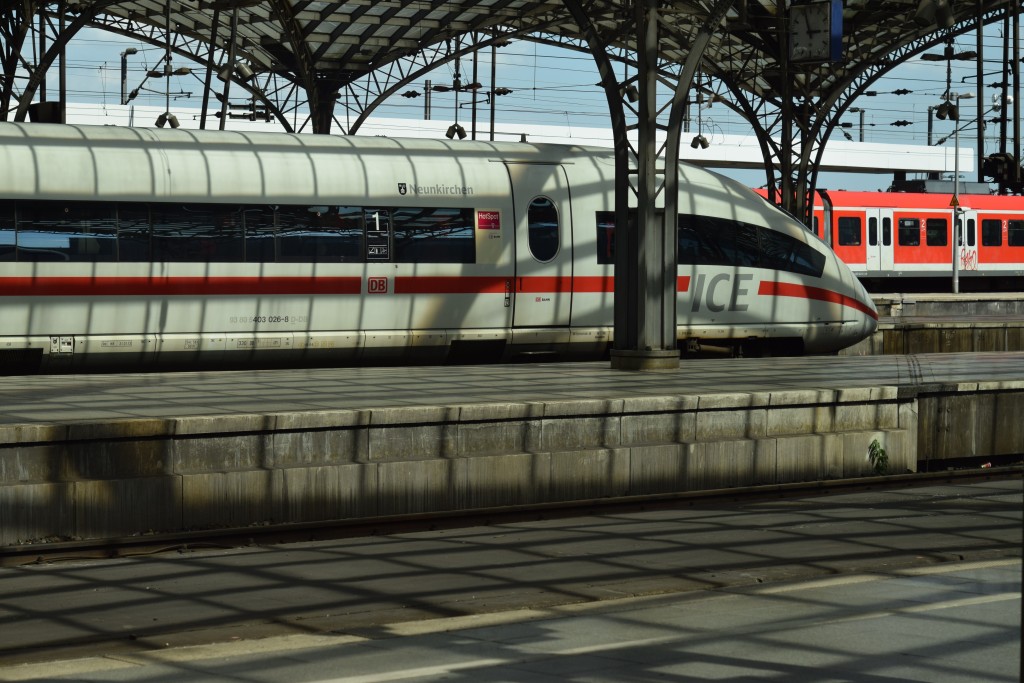 Here however, dividing two platforms, the tracks appear like a vicious river that will seize you as soon as you lower your foot toward it. Your world will crumble, dissolve, shudder in the trembles of an earthquake as soon as you dare to approach the tracks. So you don’t even think about it. Sure, if there was a lost puppy destined for death wandering between the logs you would zip up your super suit, hop down into the swath of destruction and rescue it. People would deem you crazy, yet applaud in an impressed manner. Luckily, you know that will not happen. You live in Germany after all, and so you can remain safe and sheltered up on the asphalt, where a pale white line protects you from the peril of that canyon in front of you, until the presence of your train allows you to step across it and impatiently shove your way inside. 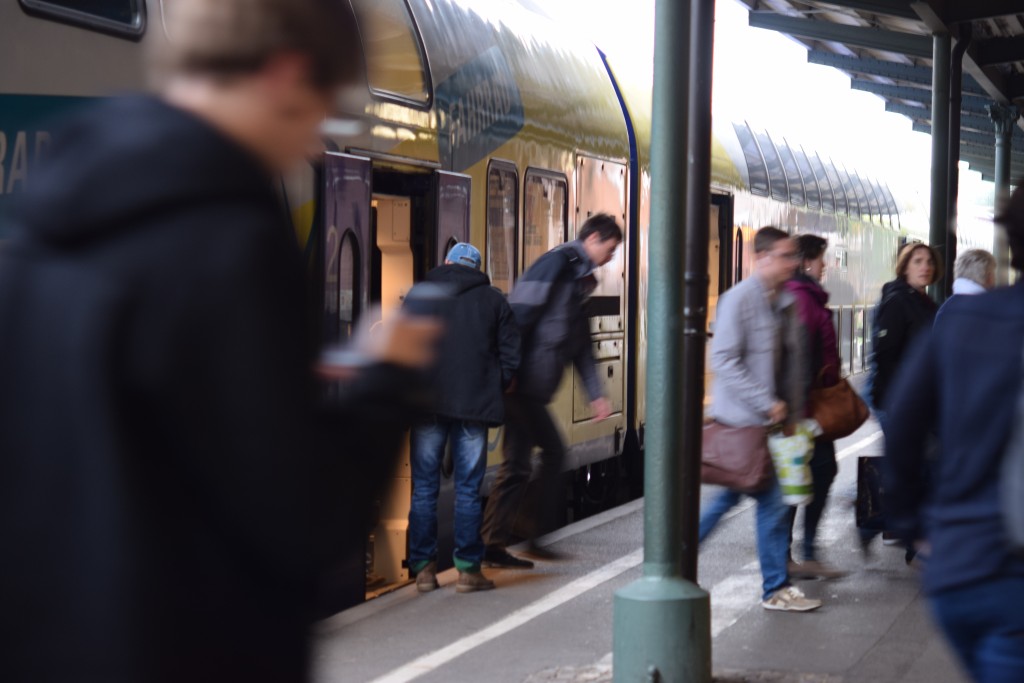 Why though, I ask myself, when it is so easy. I stare at the tracks, at their industrial beauty, maneuvering beasts of steal, fire and rapidly rotating wheels. They are calm, stoic, encased by the station. In reality they don’t end with the platforms and they don’t only exist between their elevations. I stumble upon them regularly while moving through various cities and, close to Lüneburg’s Munstermannskamp, don’t hesitate to cross them.  Where does the fear stem from then? Possibly it is the certainty of a train arriving at the station. That’s where it is headed, that’s where it must appear, and so it will. The facts that it’s velocity in the wild will be at full speed and that at the station you can closely monitor when the machine is going to arrive, seem to dissolve to meaninglessness against the knowledge, the inevitable event, that a train will travel those tracks parting you from the next platform. 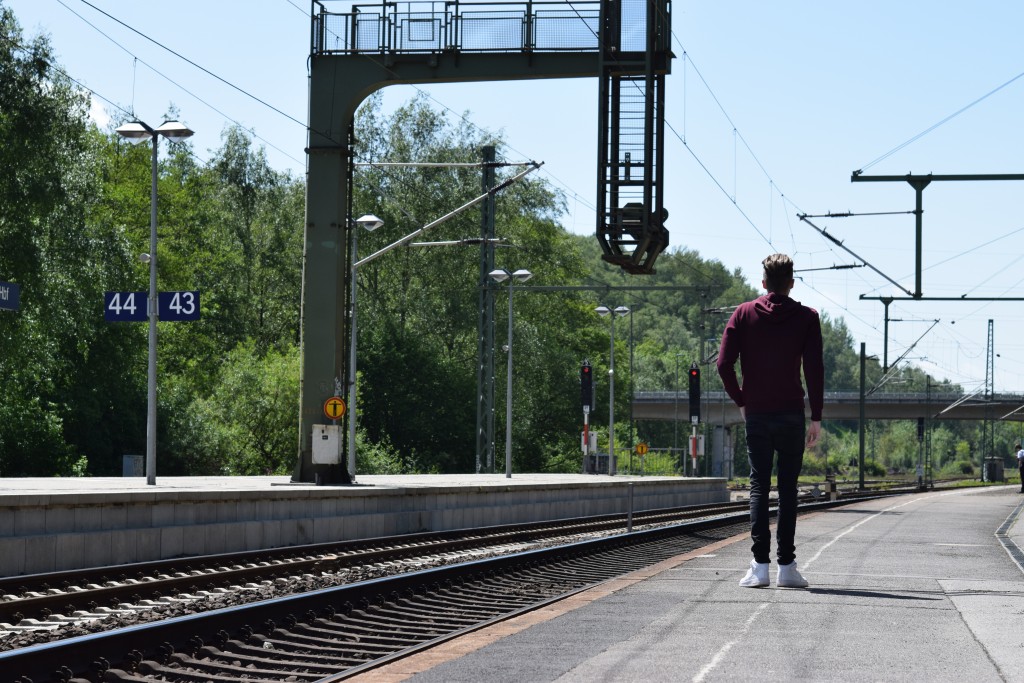 But why be scared of them at all? We know the lane doesn’t only bring death to a stray puppy, but for humans, too. We have seen the danger in many movies, especially in Western related contexts or cartoons. Women are tied to train tracks only to be saved by their man. (I know, I have no idea when exactly I have seen these images, but I have and once again I am stunned by the cruelty of child entertainment.) I am pretty sure where my individual skepticism of train tracks originates. I can’t recall when I was told this story, or why or by whom, not even if it is real – I just know it was horrible. It is so sad that I really don’t want to share the details, basically though it lets you know that if you don’t want to vegetate  with a neck down paralysis for the rest of your life you should never place a stone on train tracks.

In its essence I think it taught me to never play close to tracks, in fact to never do anything close to tracks, to stay as far away as possible. The huge black on yellow lightning bold signs at track crossovers, warning you of the lethal electricity charges that correspondently run suspended over the tracks, enforce this image of sudden death by the mechanics enabling train travel. Almost all encounters with train tracks, especially in the media, clarify you must at least have a death wish to lose control in proximity to a train and we know, enough do. But we have never seen that. We only know of the real life deadly impact trains have, when we are sitting in another one. Suspended in the middle of a route for an undefined duration, while waiting for the mess to be removed at the approached train station. We might know what that mess is – probably bloody, probably nasty, terrifying enough to traumatize us – but we don’t want to face that. Instead we rather occupy ourselves with annoyance at the delay. 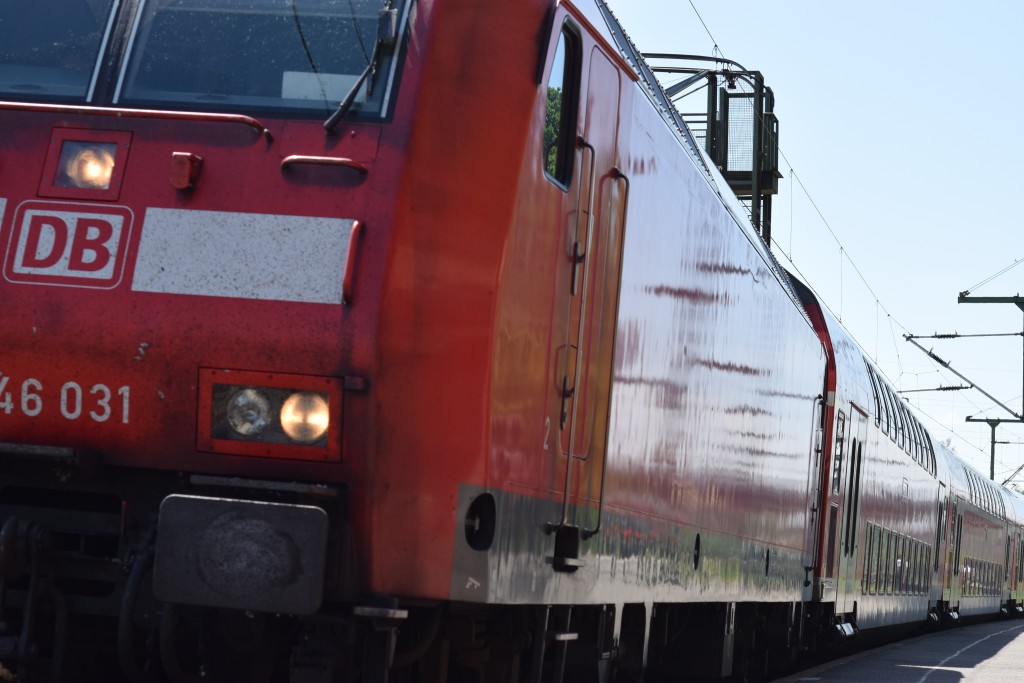 Everyone knows trains are dangerous, so we are not surprised. We would never have taken that step into certain destruction, we know better. We know of the furtiveness fastened with every screw of the metal tracks, lurking underneath each stone filling the gaps. Ready to grasp our foot and make us trip. Those vandalizing rascals spraying graffiti on walls of underpasses and protection fences to leave their mark – those mystical creatures who somehow managed their way past the borders trying to keep them from their ticket to the underworld – they are ghosts. Those are the only friends of train tracks – ghosts and dead people.