Here’s to changing things up. I knew from the beginning that my third block was going to be a bit different. Since I’m almost done with my studies – in fact I’m taking my very last credit right now – I had one freebie, meaning a class that I don’t have to transfer back home. To really make the most of it, I chose to go artsy and take Costume Design. Ultimately, it was a good decision, but there were moments in which I cursed myself for it. 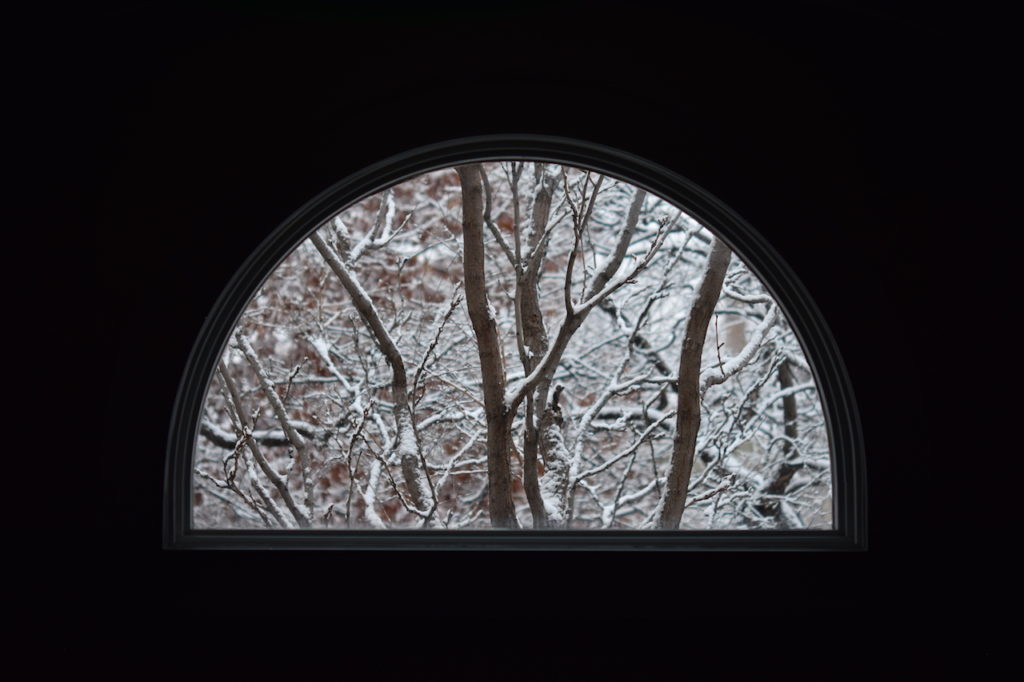 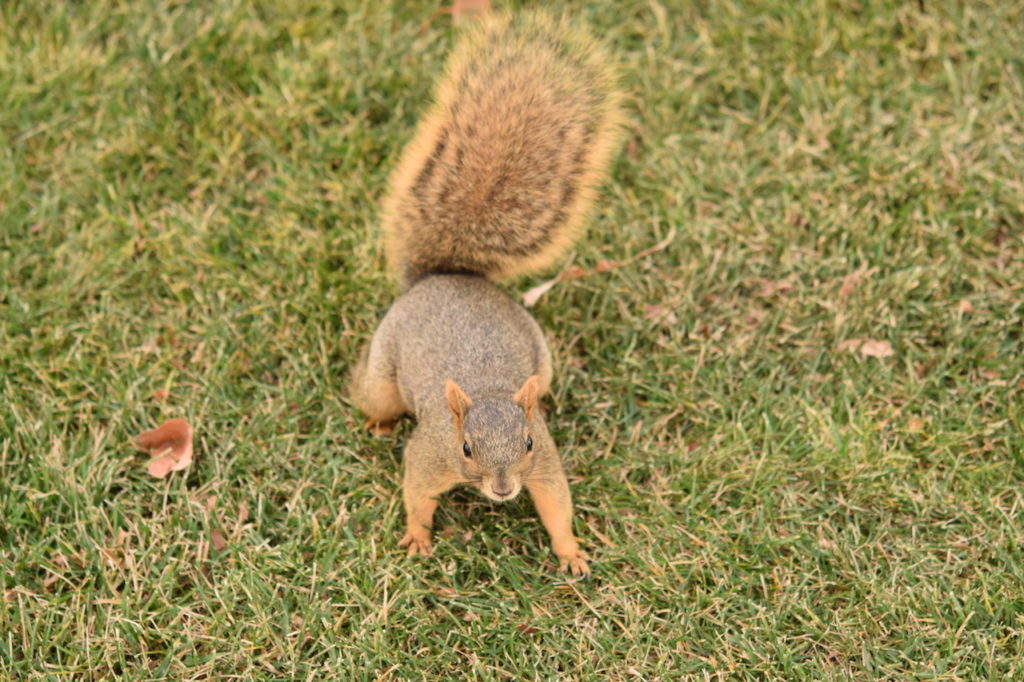 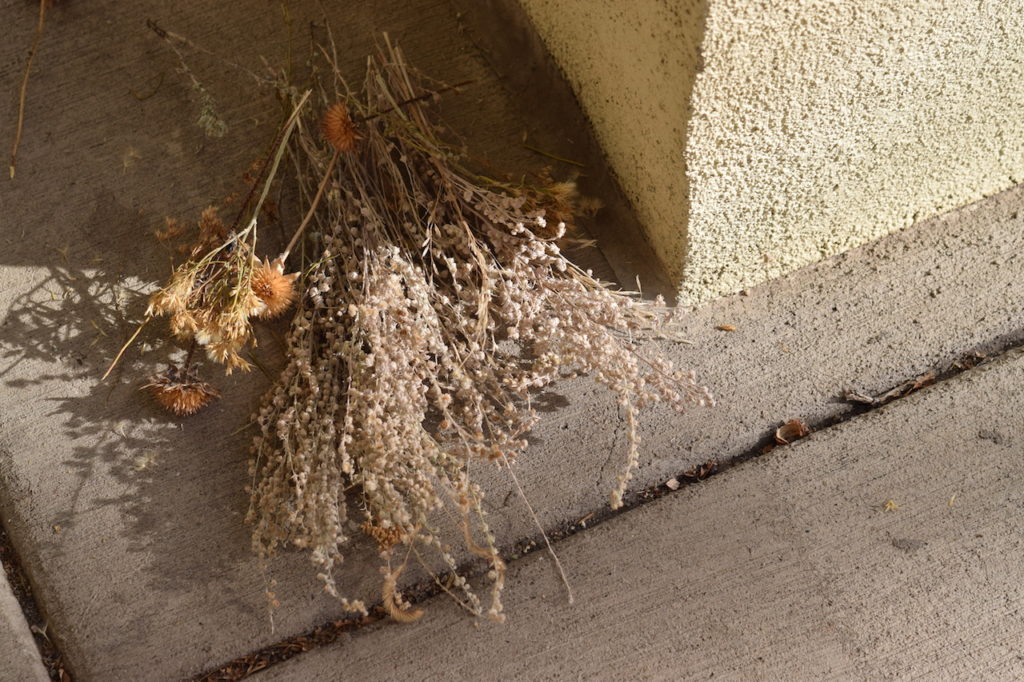 Moving from two Anthropology and Race, Ethnicity and Migration Studies classes to an Art class was quite the transition. I felt like suddenly I was confronted with the reality of CC: an extremely expensive, privileged and predominantly white school, no matter how much it tries to act differently. Being used to classes which run largely on critical thinking, reflection and basically tearing apart and questioning everything you thought you knew, I suddenly found myself in a class in which people felt a wedding dress didn’t make much sense when it made it impossible “to kiss the bride”. Because, naturally, this custom is universally applicable to everywhere in the world. There were other moments, too, of comments or practices that were unreflected and unaware of the privilege they were exercising or symbolising (like not realising it’s not cool but quite a big deal that they called the ambulance because they thought they drunk and had bad judgement, when most people in the country have to think thrice about going to the doctor for a serious illness). It was one of those beautiful days that class frustrated me so much, that my dearest loves Hannah and Eli thought it was safest, for me and all around me, if we went to Cossitt, put on loud music, and danced it out for an hour. I know these instances sound minor, but their sum really got to me. 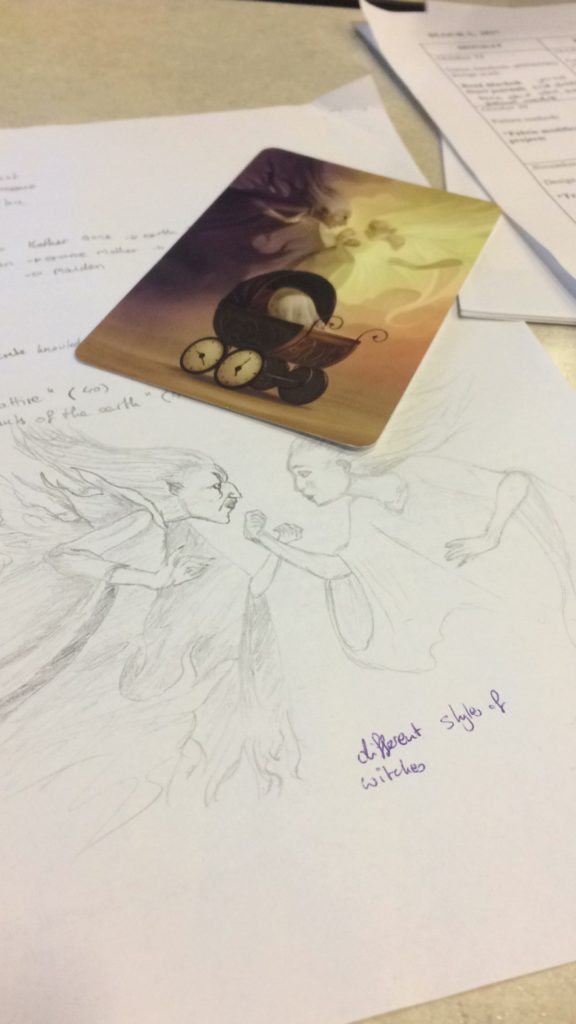 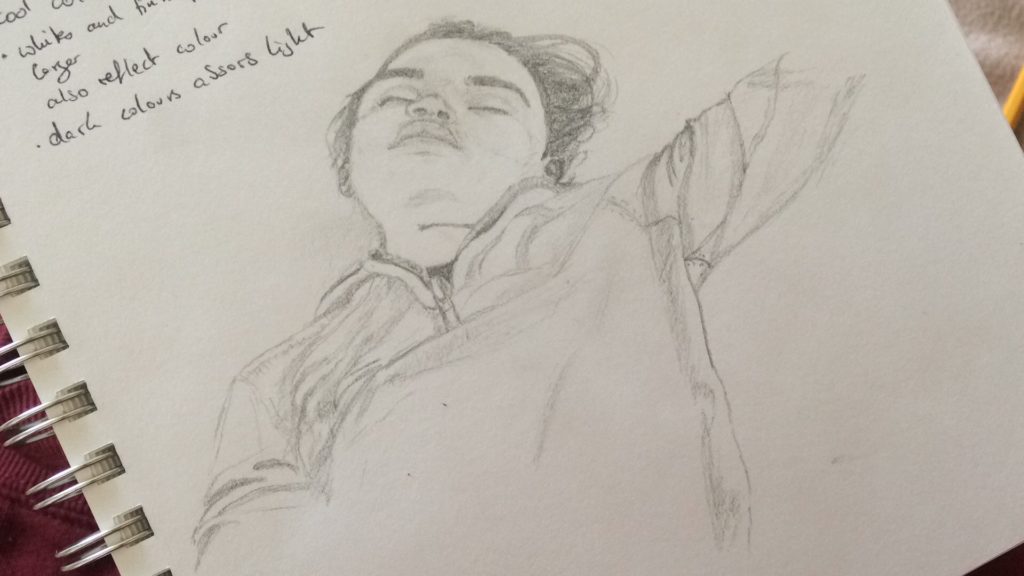 At the same time, the class also gave me a much needed break, especially for my mind. We didn’t have any readings, and all homework assignments were crafty, meaning I could listen to music, be around people, listen to audiobooks (I got through three works by Terry Pratchett!) and just not have to focus the same way I usually do (like currently in Block4 – I’m dying, honestly). One of my biggest successes and surprises was probably learning I can draw. For some reason, I had always assumed I couldn’t – and I still can’t draw off the top of my head. But I can draw most things I see! So, when I drew a sleeve and realised it actually looked quite cool, I started drawing my napping friend. And damn, it looks really good! It was also really helpful to have the time to do something like that, to just sit down and draw for an hour or two, something I already don’t have time to do anymore. 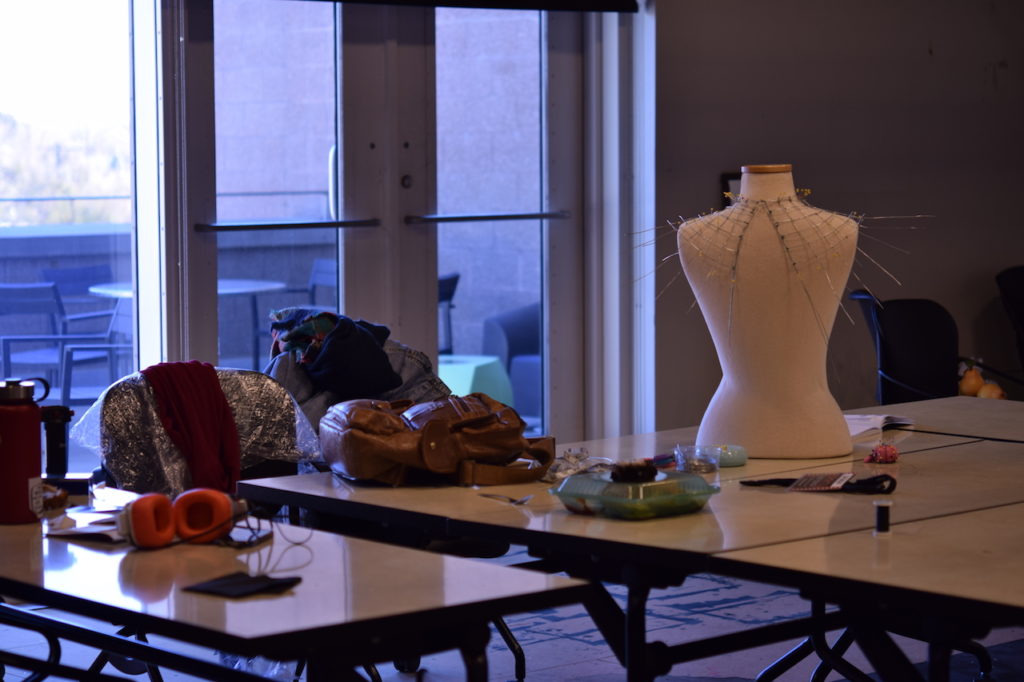 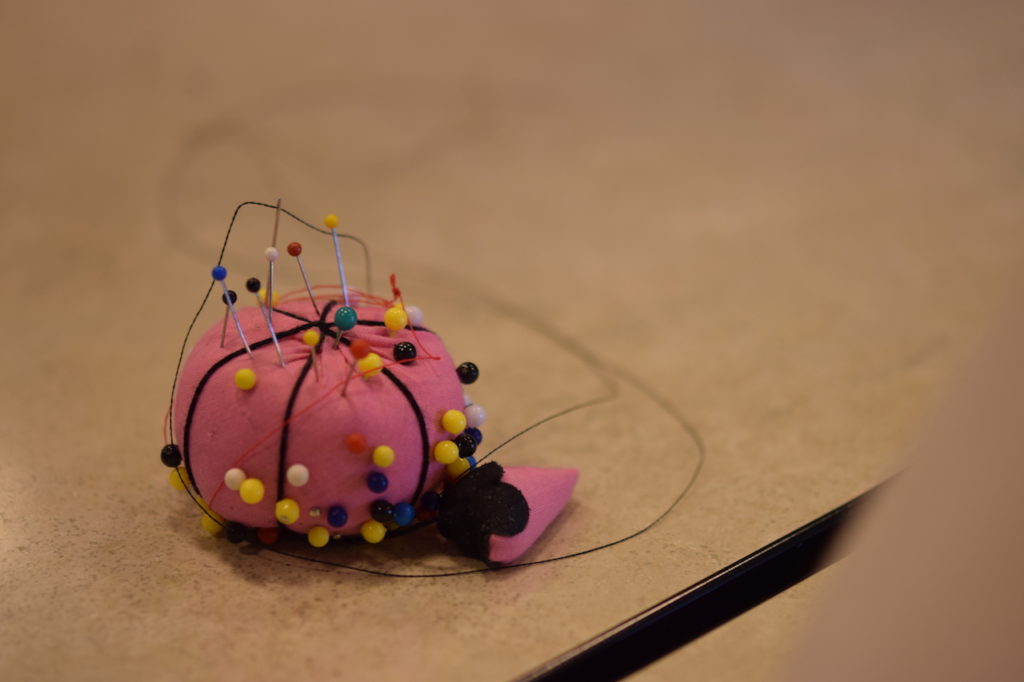 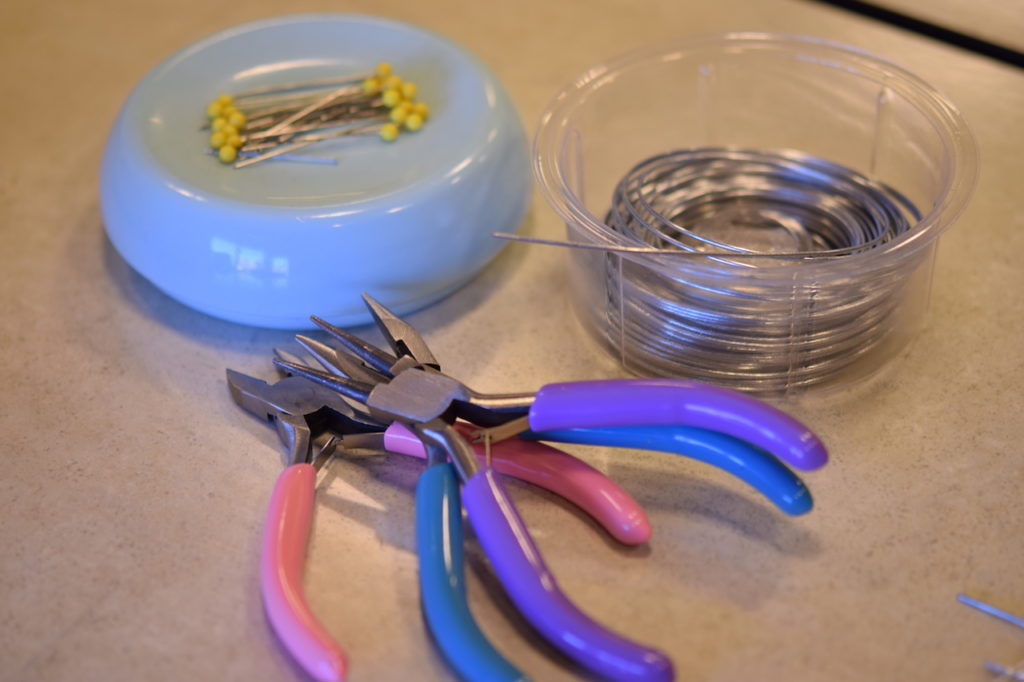 For my costume project, I wanted to take on an idea I had the first day of class. Remembering some mirror shards from our first block video, wrapped neatly in a piece of paper towel in my drawer, I wanted to work with them and a large spool of wire to make a collar piece. At first I thought I would have to do more, a full body outfit, but Gypsy, my professor, assured me doing a piece of jewellery or an accessory was perfectly fine. I’m glad she convinced me, because once we stopped having class and could start working on our costumes in our own time, I spent my days from morning to late night in the classroom. Honestly, I was about to go crazy, and I stabbed myself with wire more times than I can count. 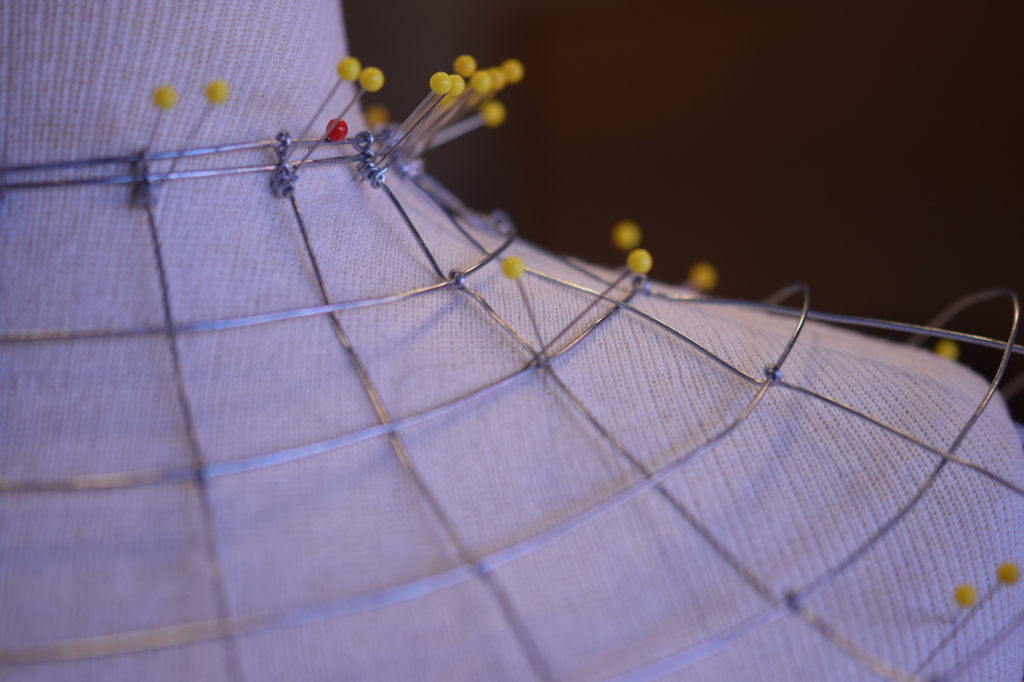 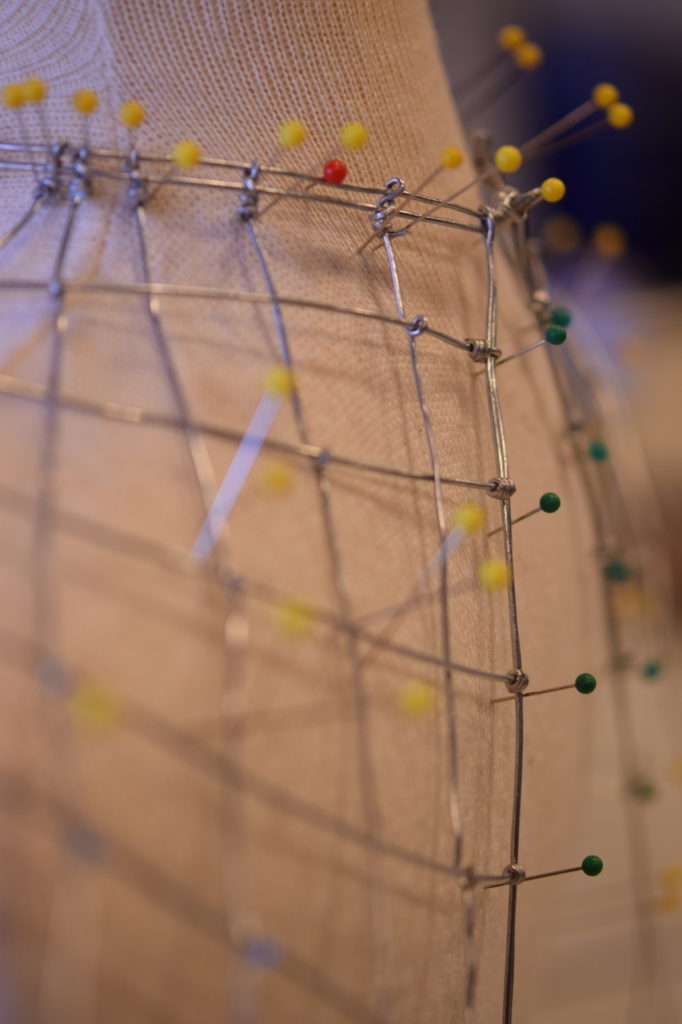 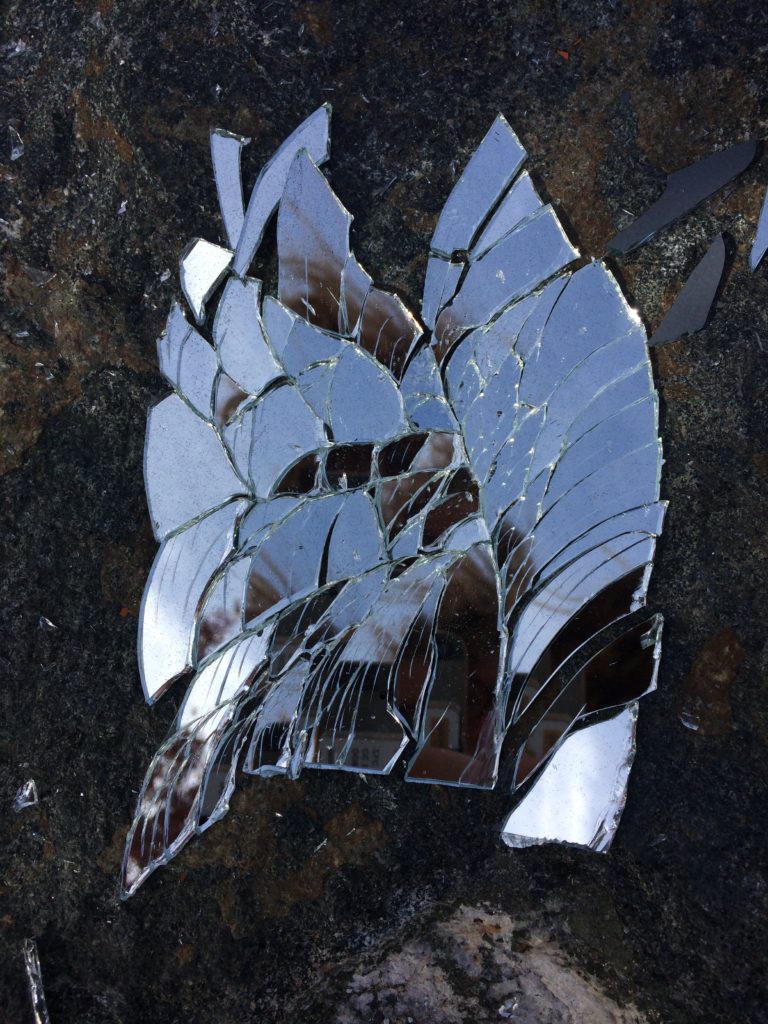 I also went to Jordan’s house to hang out with Adey and her mother a couple of times, mainly for coffee but then we always ended up watching Stranger Things.

“One episode?”
“Sure.”
“Let’s do another!”
“I really can’t, I have to go back and work on the collar.”
“Oops, Netflix already started it, now you have to stay.”

Every. single. time. I needed that, too, though. So my head would stop buzzing in that classroom which, for the most part, I had to myself. Just squatting on the tables, twisting wire, and listening to one Terry Pratchett book after the other. And although I worked a lot, it felt strangely therapeutic. Maybe it was also because I had time to do things again! One night, for example, I actually drank and spent time with my friends, having a college experience that was honestly a little too college-y for me. No more rage cage for me, I tell you, especially not when I’ve had quite an emotional weekend. Hannah, my saviour again, came over to the G House and cuddled me in bed until I fell asleep. She’s an angel. Another night I spent time with my friends again! Even though I had worked on the collar all night, I decided to walk over to Natasha’s house and join them for a game of Cranium. Though I won’t lie, the walk there was really scary. It was the kind of situation in which people get got. First, leaving an entirely empty building by myself through the back door after studying late, then walking multiple blocks, under bridges and largely not illuminated, without phone service. I mean, I didn’t know the walk was going to be sketchy and all went well, but I’m glad we called Safe Ride home. 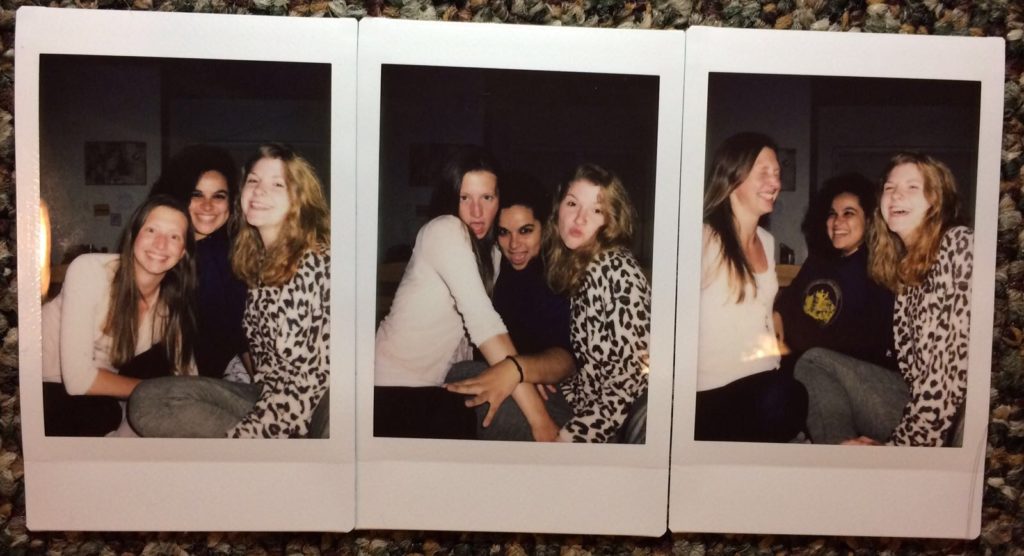 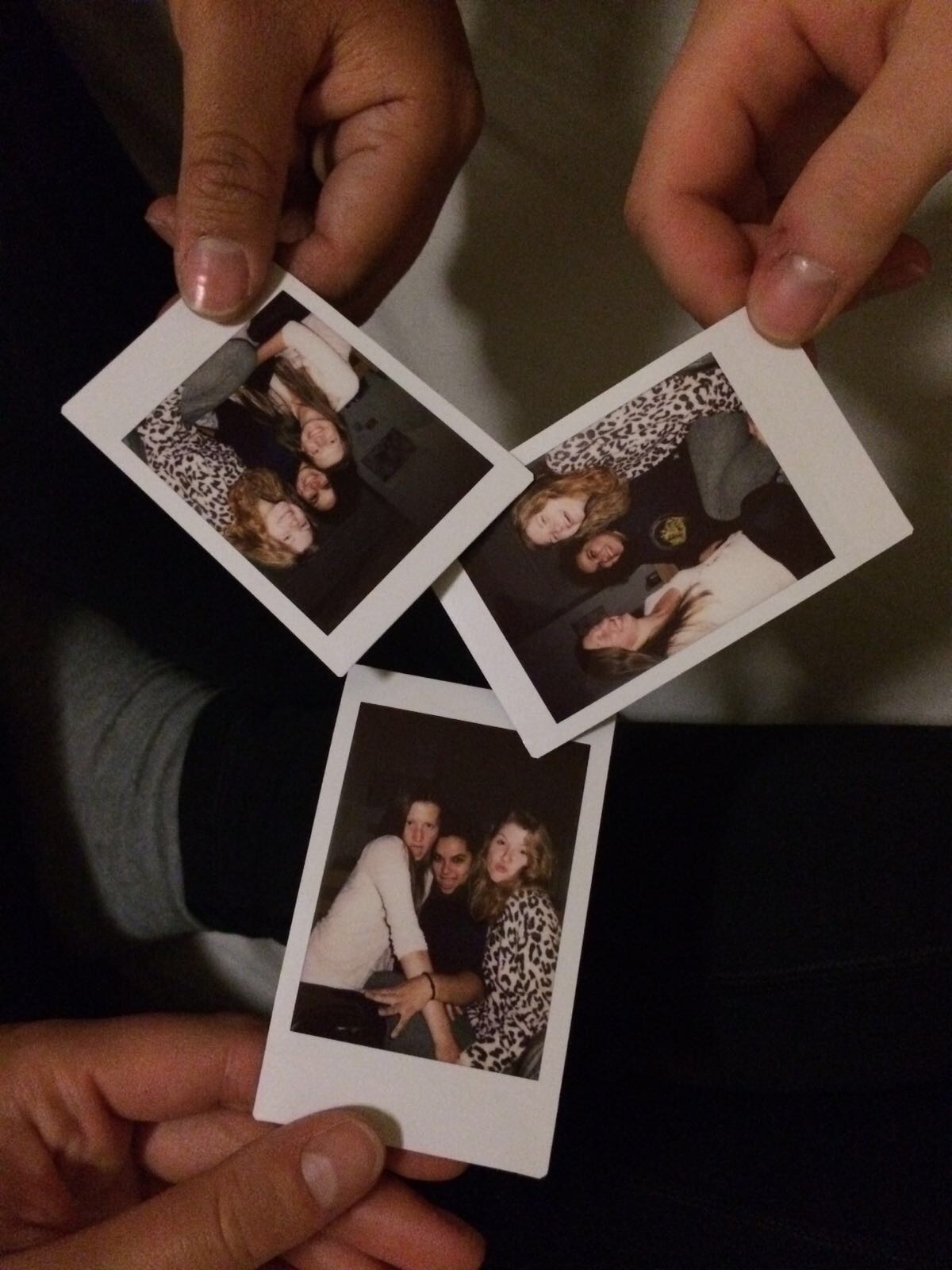 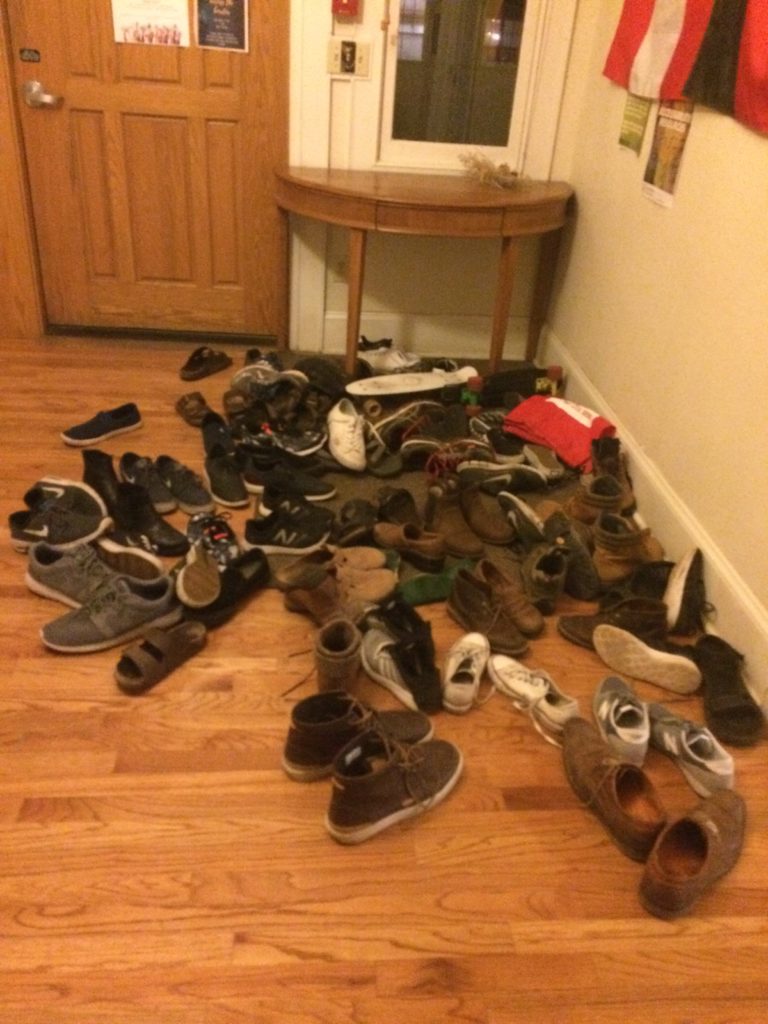 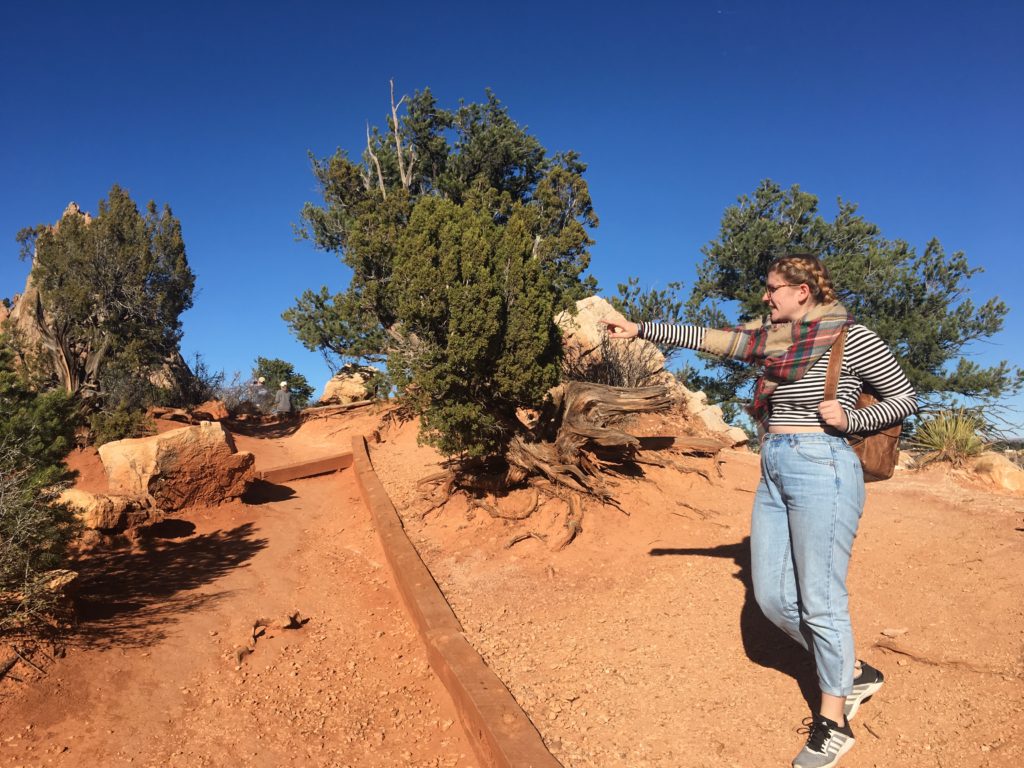 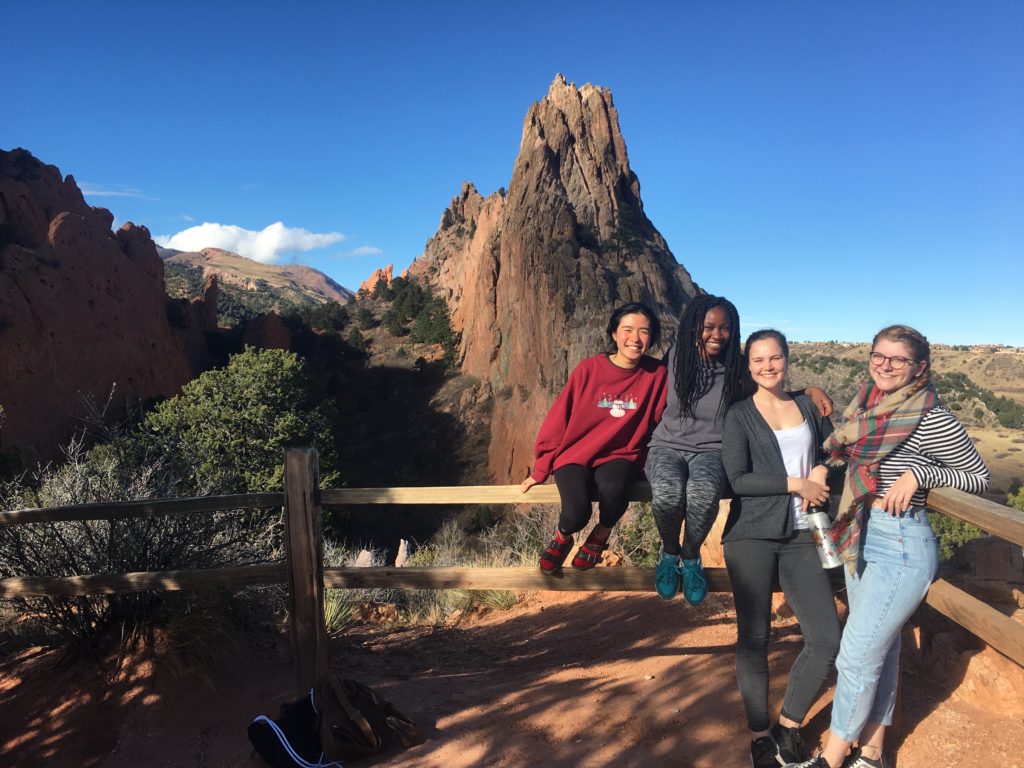 That probably sums up my 3rd Block quite well. Frustration, friends (who I sometimes convinced to sit and study in the classroom with me to lessen my solitude), quick food grabs( Sushi at some point, too, I’m sure), wire, stepping on mirrors outside Cornerstone with a woman watching me very intently, hot glueing crystal edges on the mirror shards, taking occasional boona breaks, giggling at Terry Pratchett’s wit, keeping Snapchat up to date like never before, and getting my art on. It was a good block in hindsight. Oh, and by the way, I did well on the collar! It looks actually quite cool and I need to find myself some event that I can be so extra at to wear a piece of jewellery like the one I made. Ahh, bless those moments in which you want the credentials to attend a gala or, alternatively, rule a kingdom. 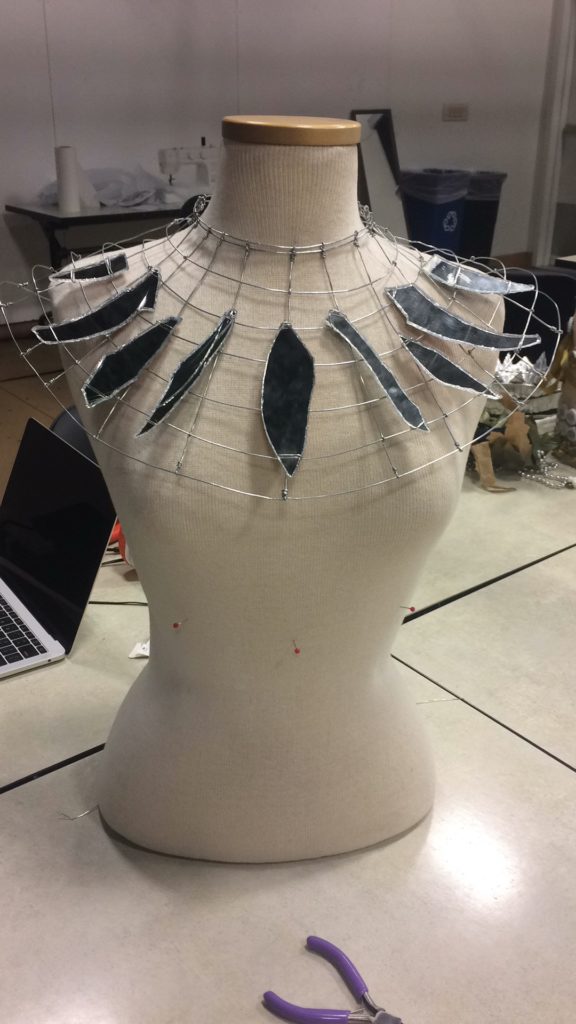 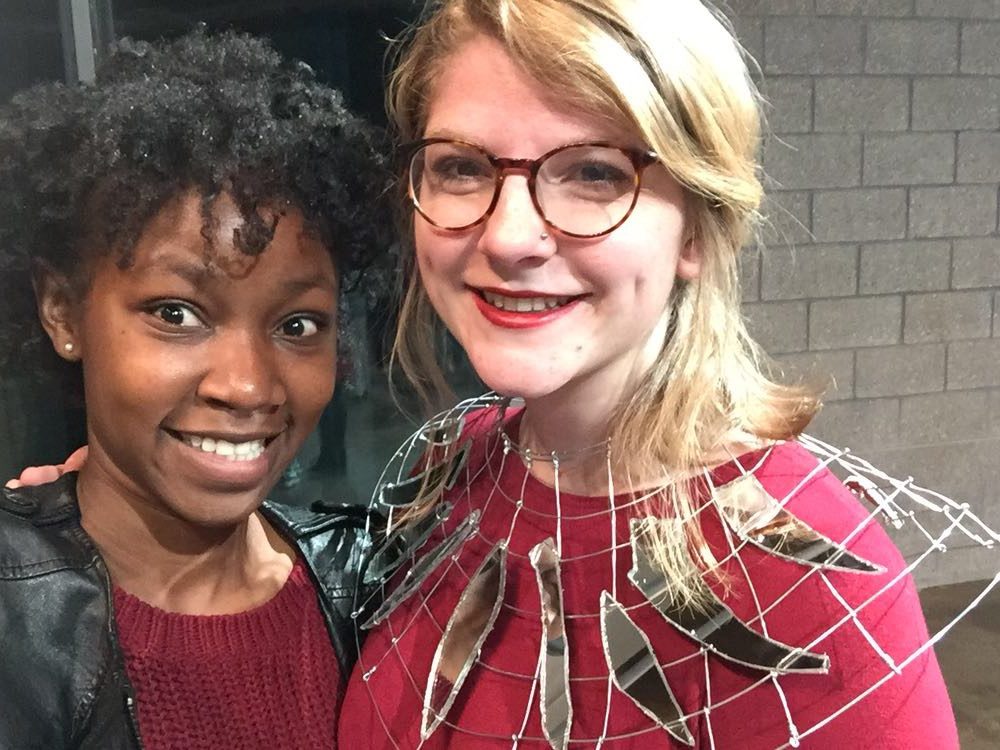 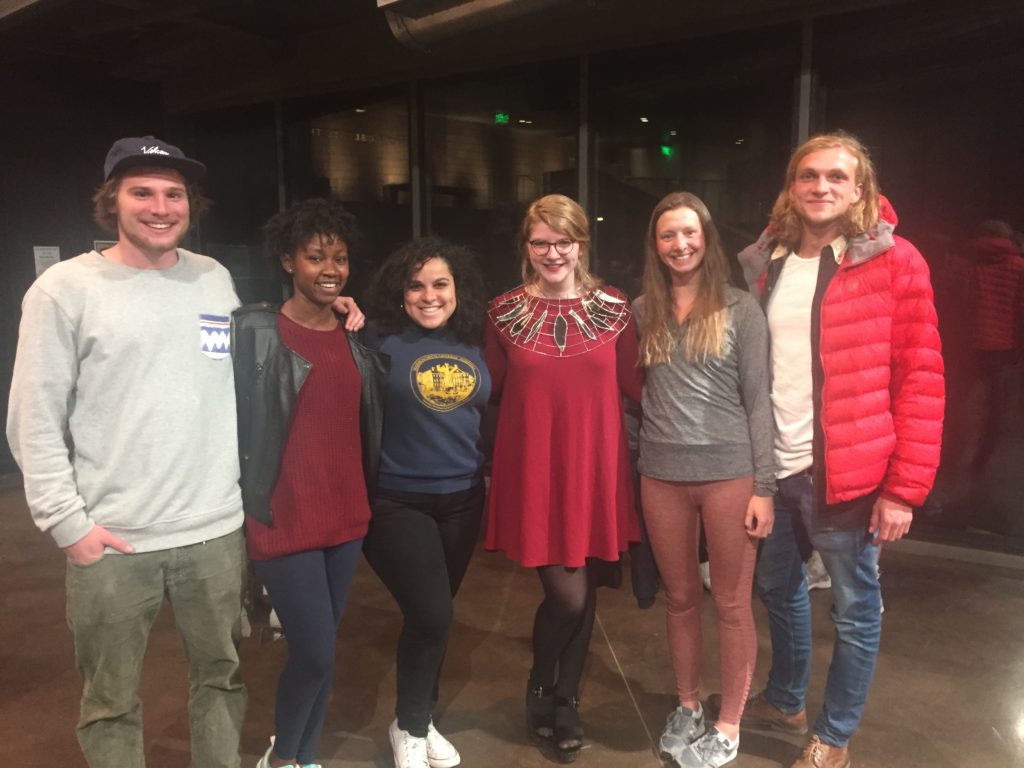