Sorry about the terrible layout and possible typos, writing this on the iPad.

Asia. It’s the warm air that engulfed me upon stepping outside of the airport and that unmistakable smell whcih tell me I’ve returned. It’s not the same as before, especially considering I’m here with my parents for now, but there still is a familiarity to everything I see. Bali will be different this time to. The six days I spent here in 2014. For one, we aren’t actually on Bali all that much. The biggest stop of the trip will be Flores from where will be taking a trip to Komodo, but for now we are on Lembongan, a tiny island southeast of Bali. We’ve been here all but one day, after one night in Sanur – where we encountered a heartbreakingly cute stray who wouldn’t leave our side all evening – but enough unlikely events have happened already. 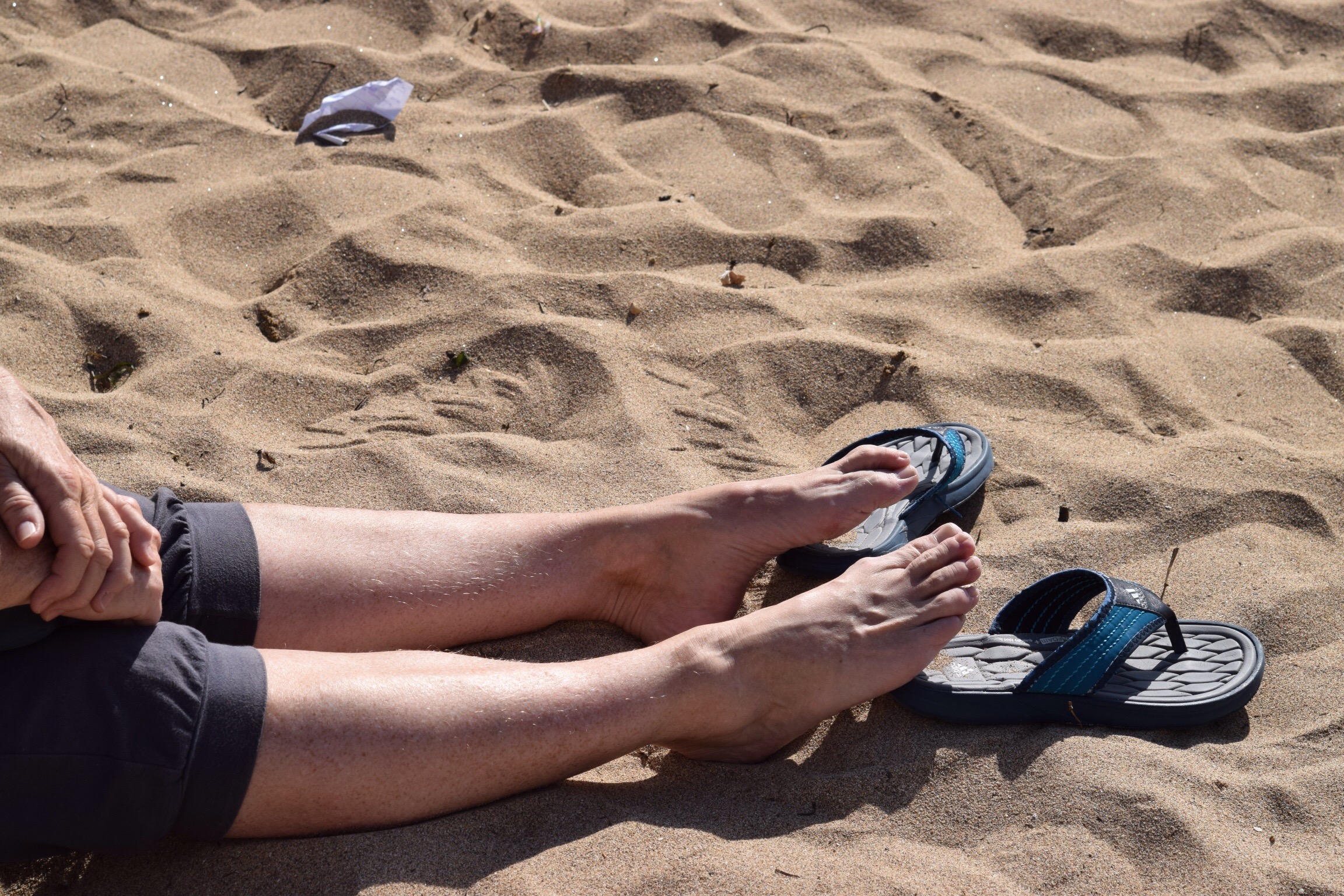 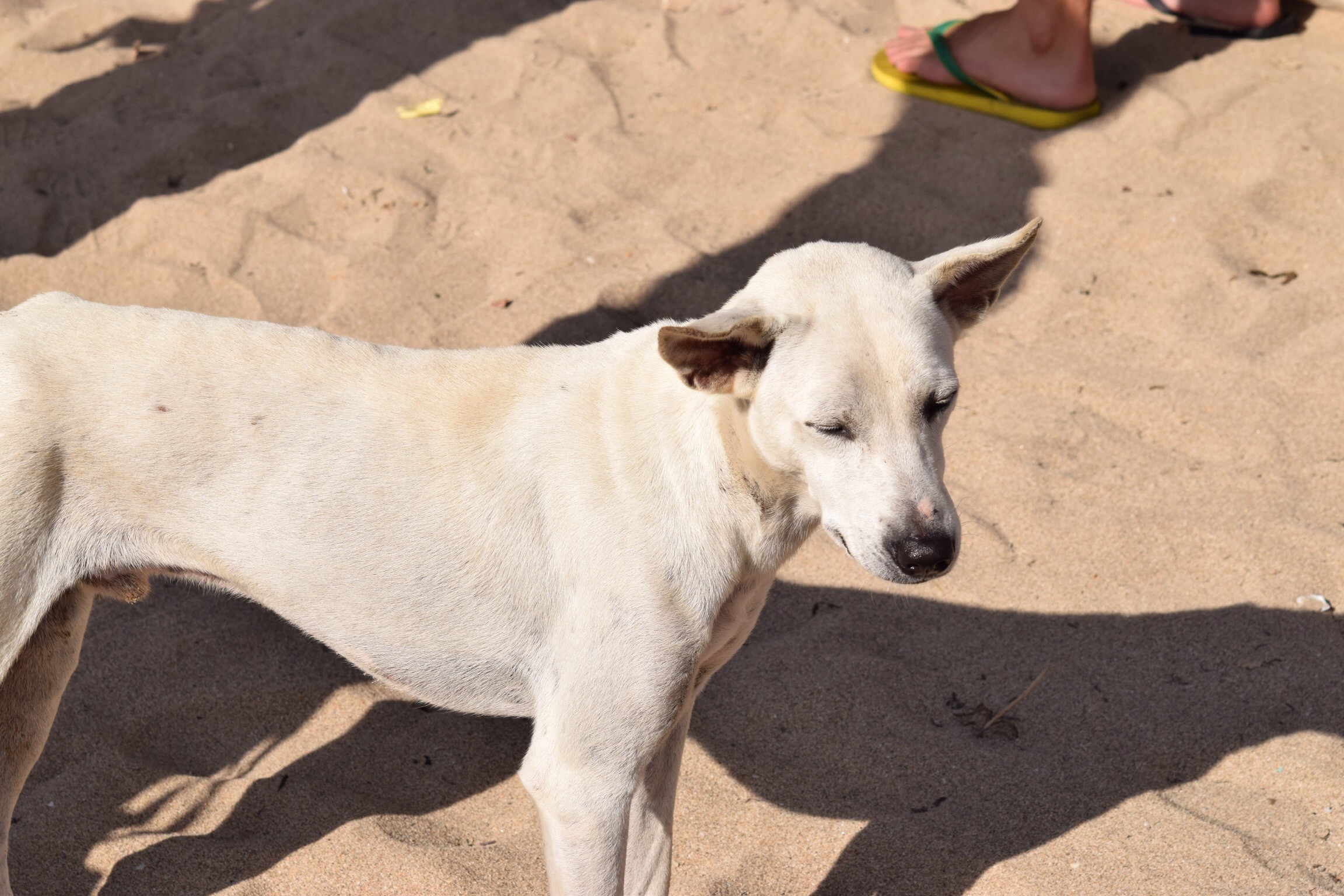 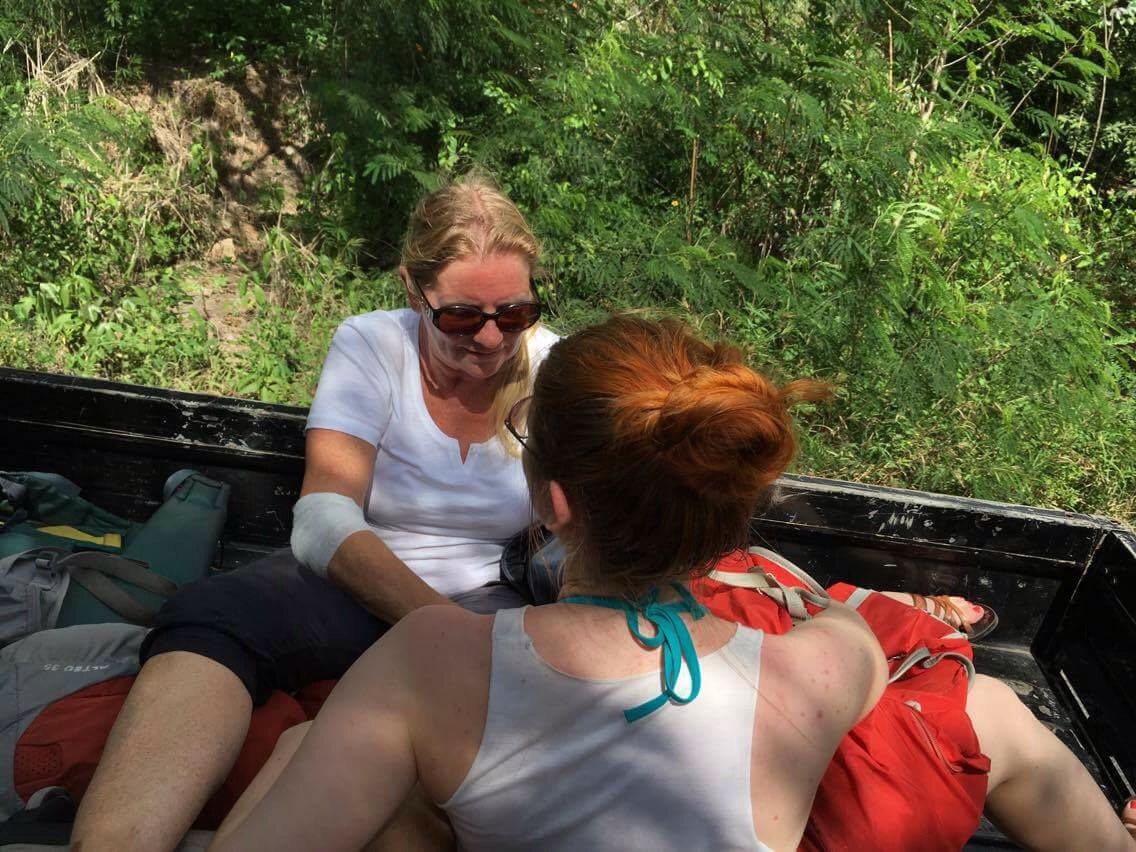 After a bumpy boat ride and lots of worry about our luggage from my mum’s side, we arrived on an island where only a few cars are endured. Most of the traffic consists of scooters. Well if there’s one thing my mum doesn’t like it’s two wheeled automatic vehicles. The first mention of scootering was answered by a firm no, the second by an angry glare, and then at some point she somehow found herself laughing unsteadily from behind me upon my questin whether she trusted me. She did though, otherwise she wouldn’t have spent half a day on the back of my scooter against all odds. Otherwise she wouldn’t have even let me mount a scooter by myself! 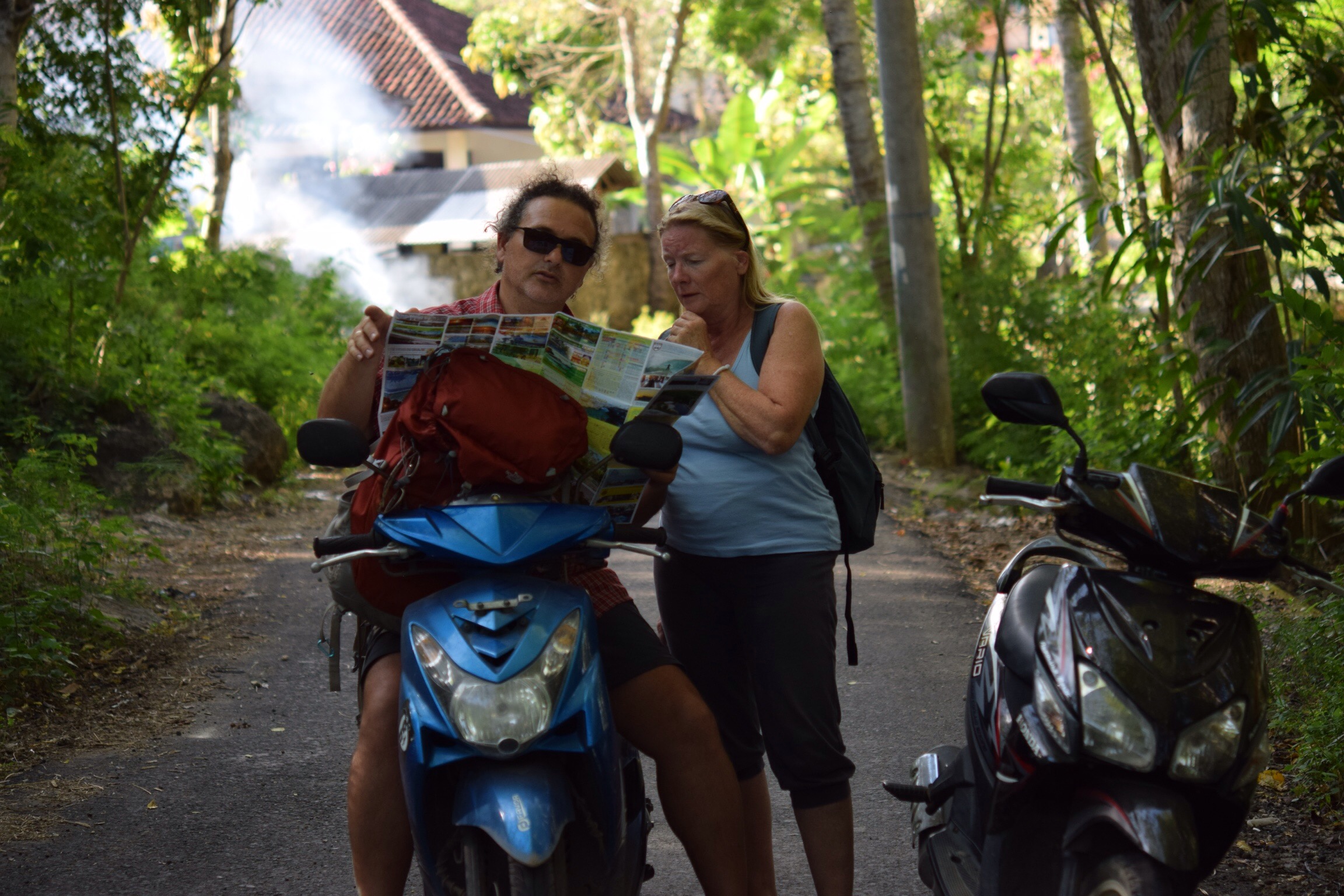 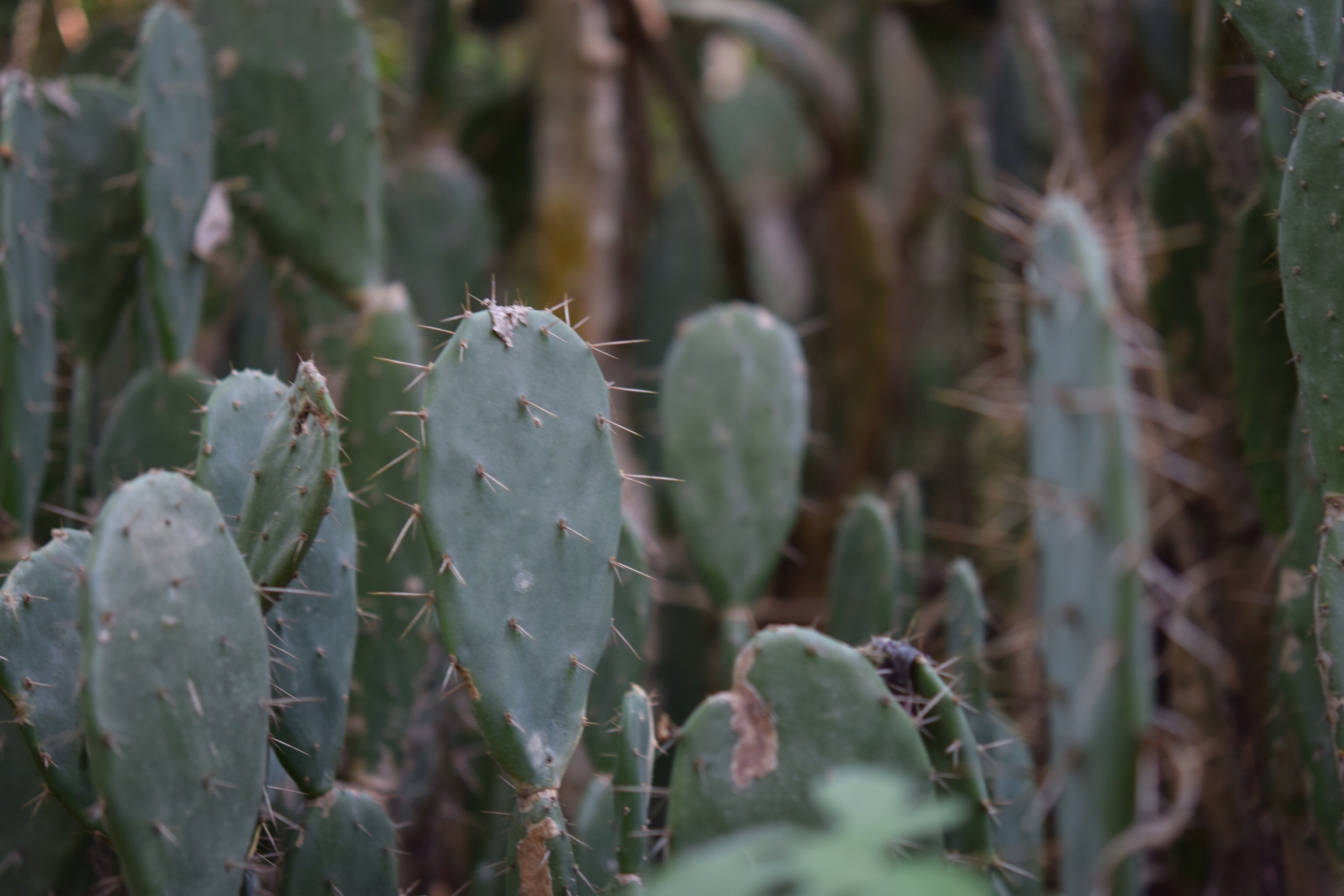 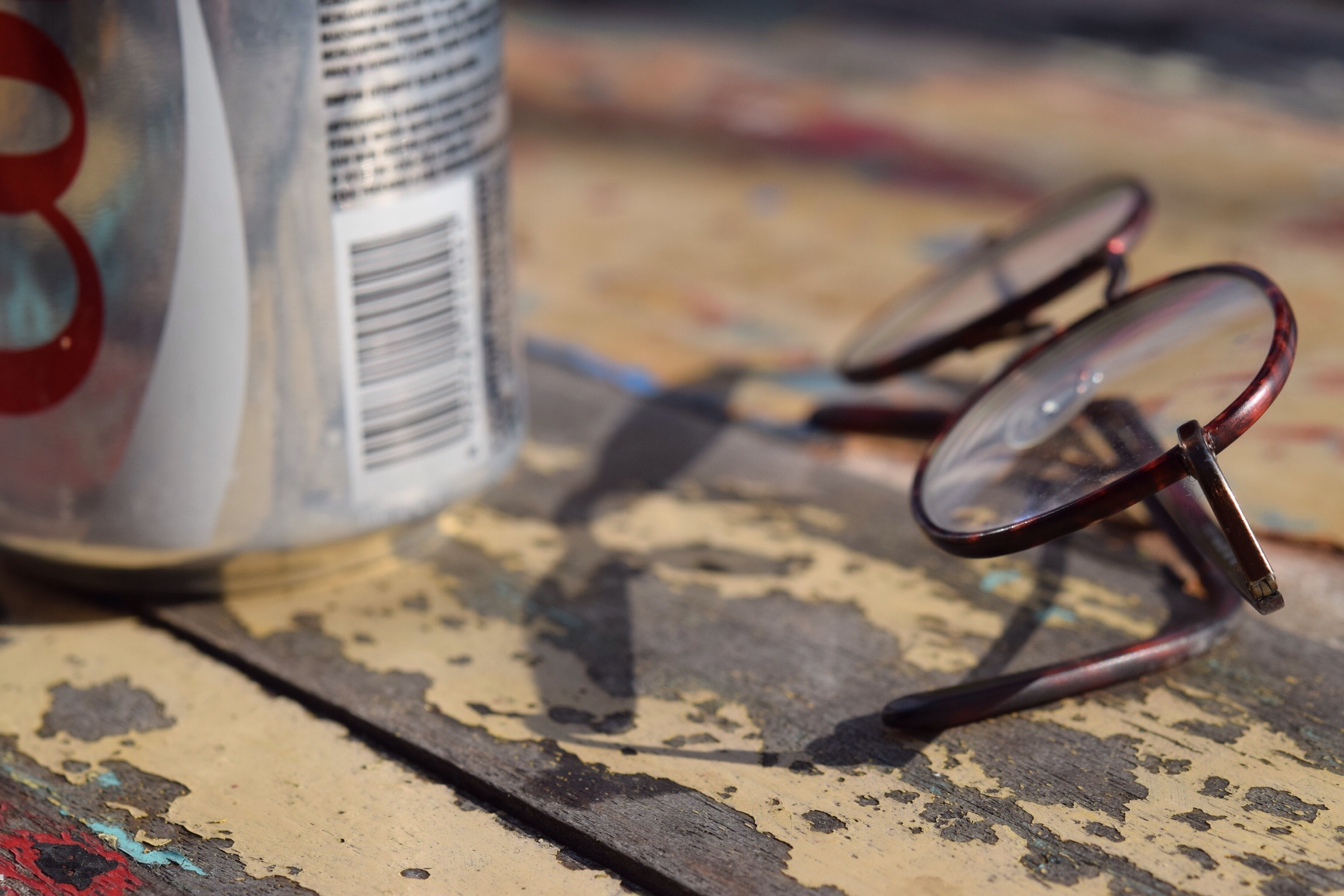 We explored the island for a bit until we took a stop at Mushroom Beach. There’s not much to be said for the place. Boats are anchored in the bay and dive shops crowd around it – it wasn’t the relaxing spot we had hoped for. There we, Sir, Madam and Princess, stood for only a brief minute until Dude came to our rescue. He was, no doubt, going to advertise his dive shop, but when he ralised we were just “chilling” he let us in on a secret – beach. By the way he made it sound it wasn’t secret at all, but when we got there it was in fact deserted and absolutely stunning. Over the whole course of time we spent there, soaking up sunlight and letting the strong waves tear at us a little before washing us ashore again, only two sets of people came to join us, one of which headed straight into the surf with their boards. We didn’t dare to venture in all too far because of pretty dangerous underwater currents. 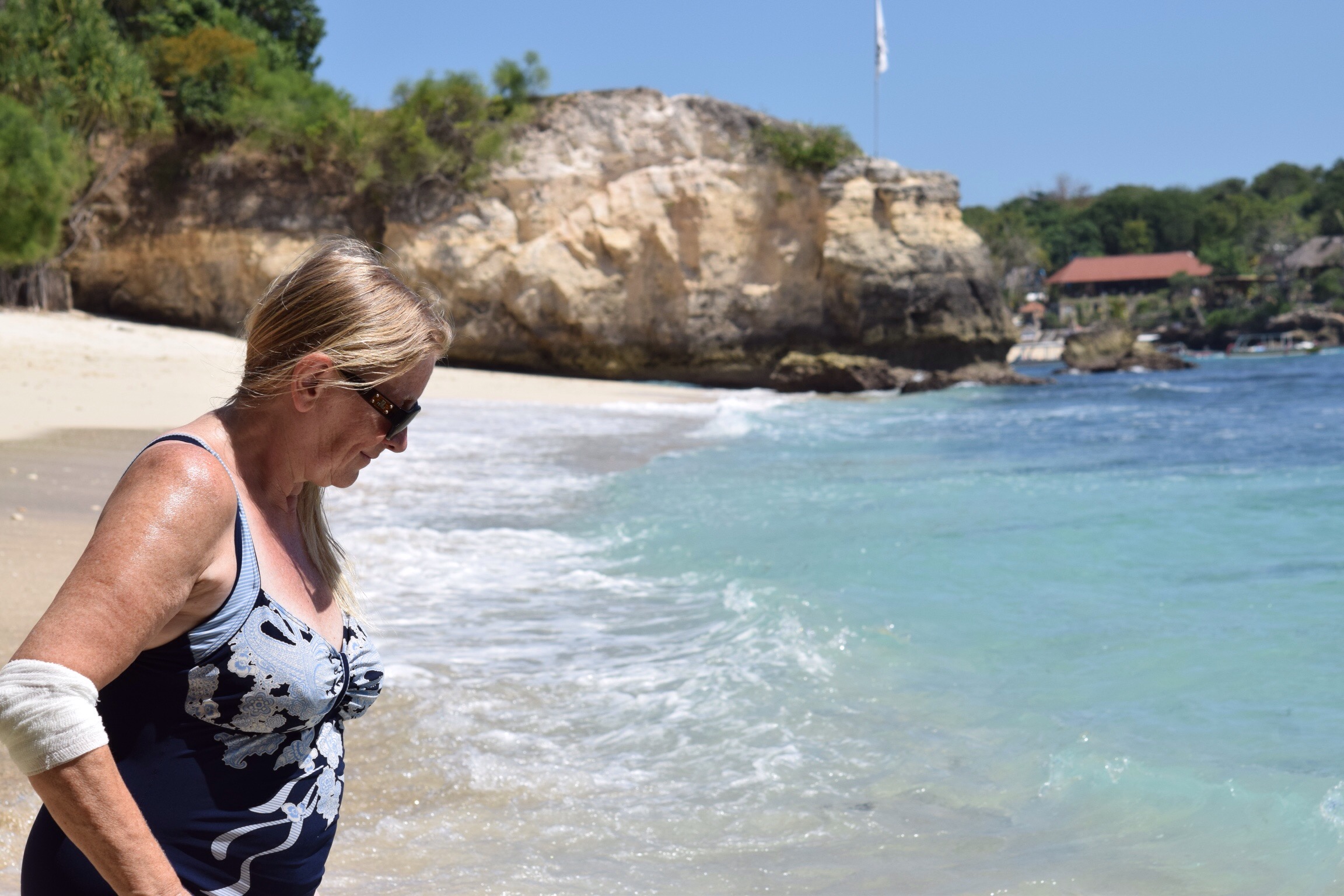 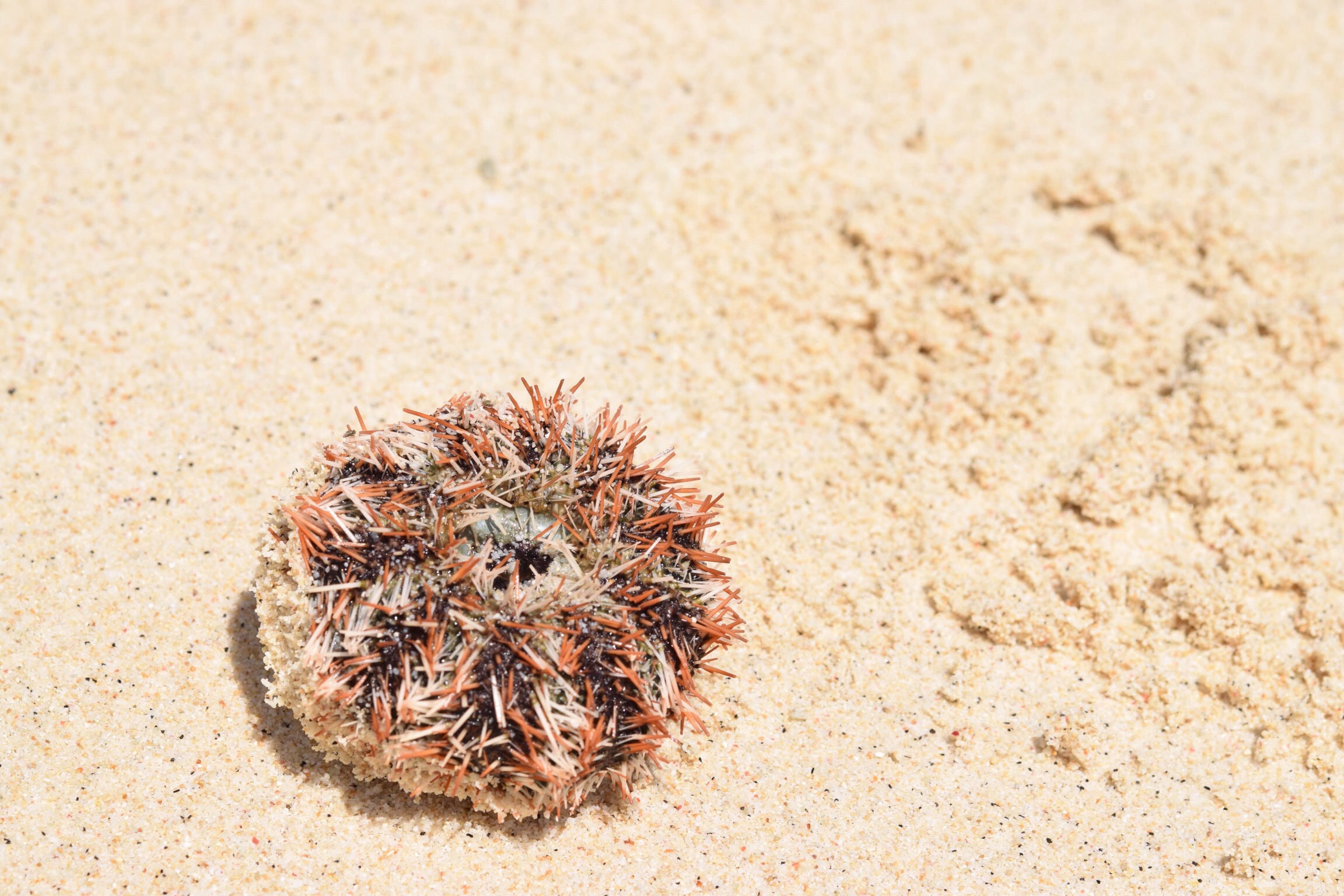 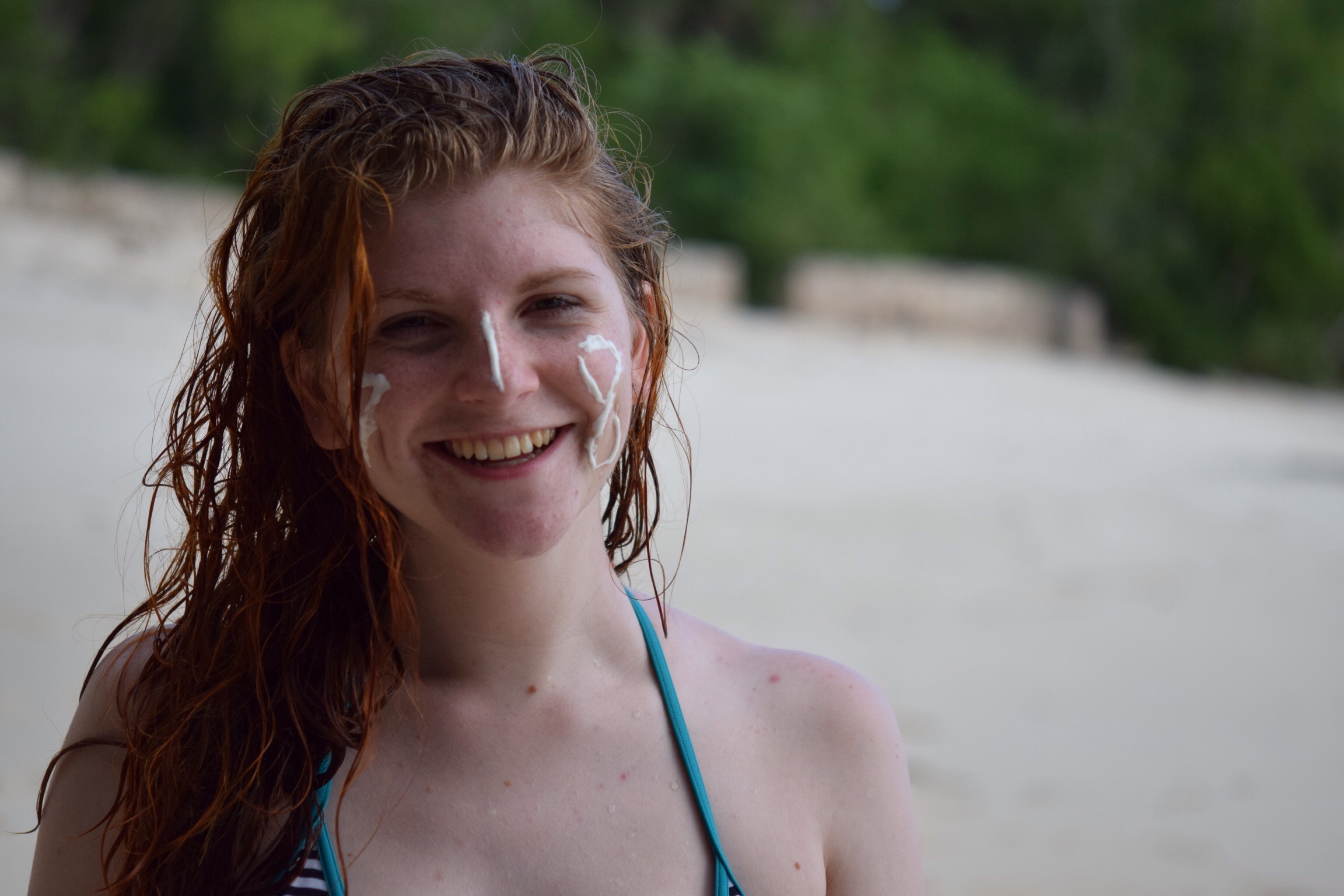 After that we toured around the whole island, saving a detour around Ceningan (a nearby island which is connected through a bridge) for another day. That day is today, hopefully, since a few injuries are ruling out most other activities. No, we didn’t fall with our scooters, but one of them is a scooter accident at least: Back in Thailand Kim made fun of the invested way I take photos, and yesterday I apparently got too invested. Trying to get a good snap of my dad I walked straight into the blazing hot exhaust pipe of my scooter. I made a jump to the side and stayed pretty calm applying a wet cloth to the burn. It didn’t seem to unfortunate  at the time since we were headed for our beautiful lodgings anyway. When we got there I headed straight for the pool, my leg now burn throbbing and contiuing to do so as soon as I stopped cooling it. The burn is a bit bigger than an egg and, judging by my parents’ reactions, not too great looking. My dad went looking for a pharmacy in vain but did return successful from his hunt for something to apply to my leg after visiting a doctor. The stuff we’ve put on it worked wonders and I don’t feel any pain anymore. 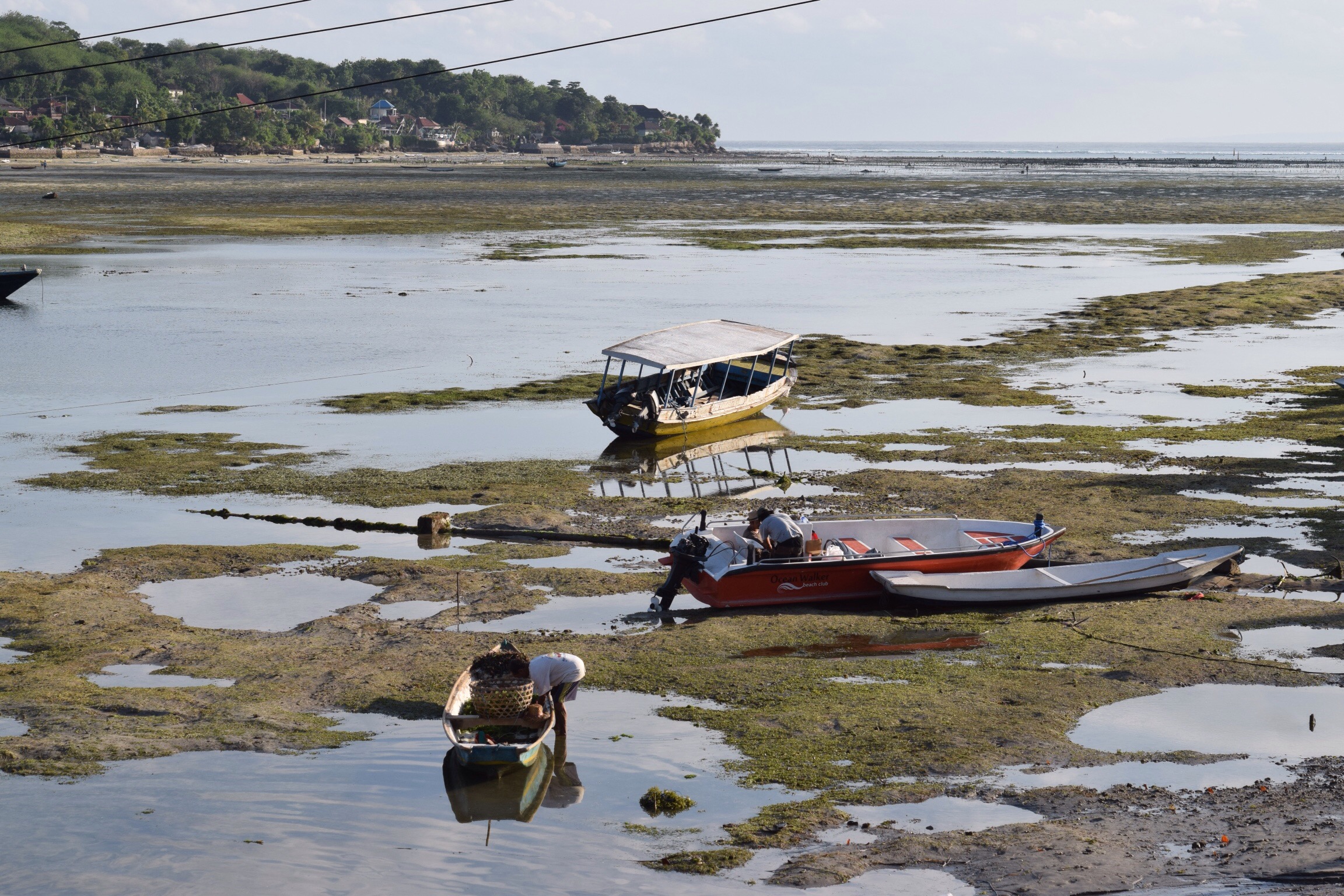 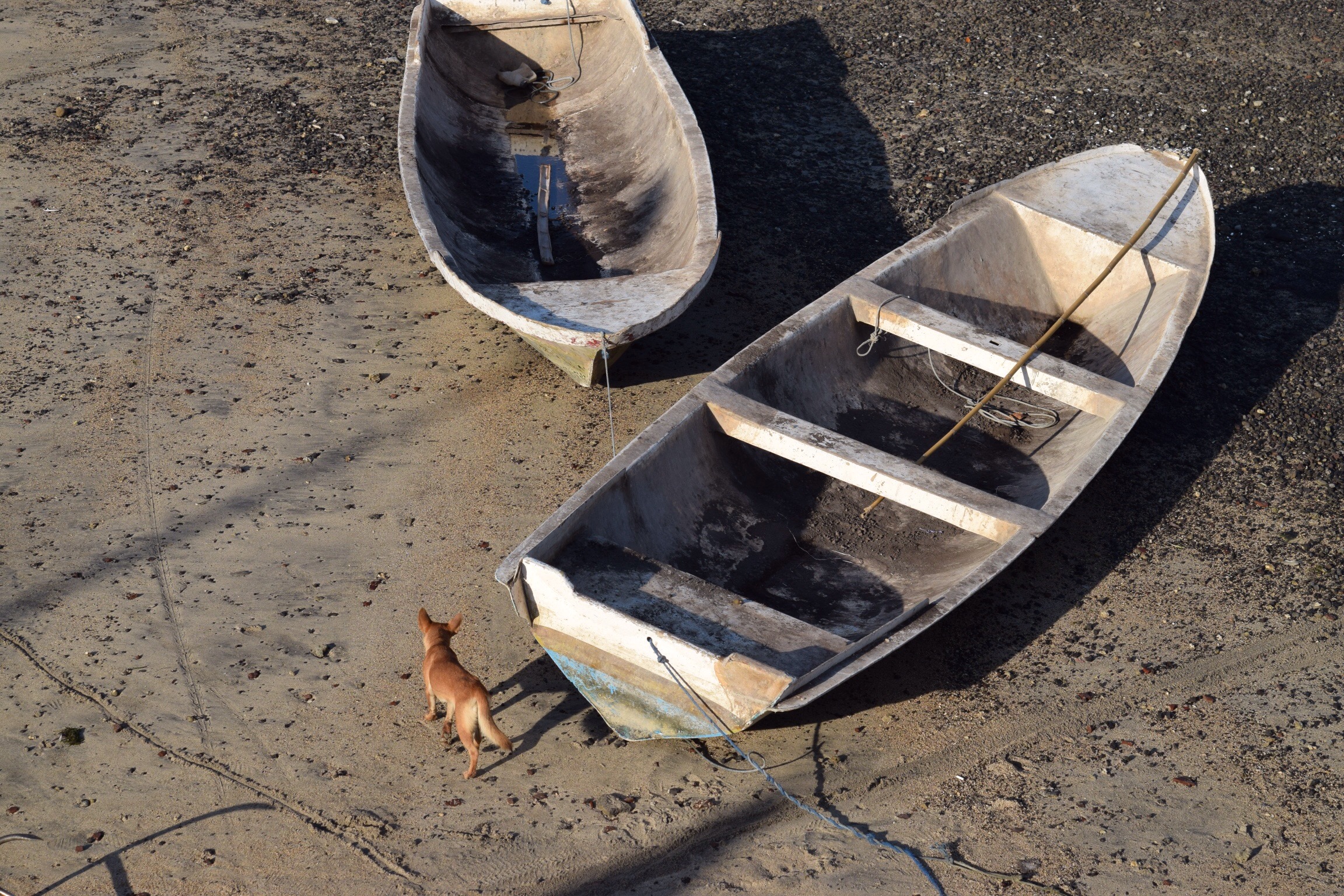 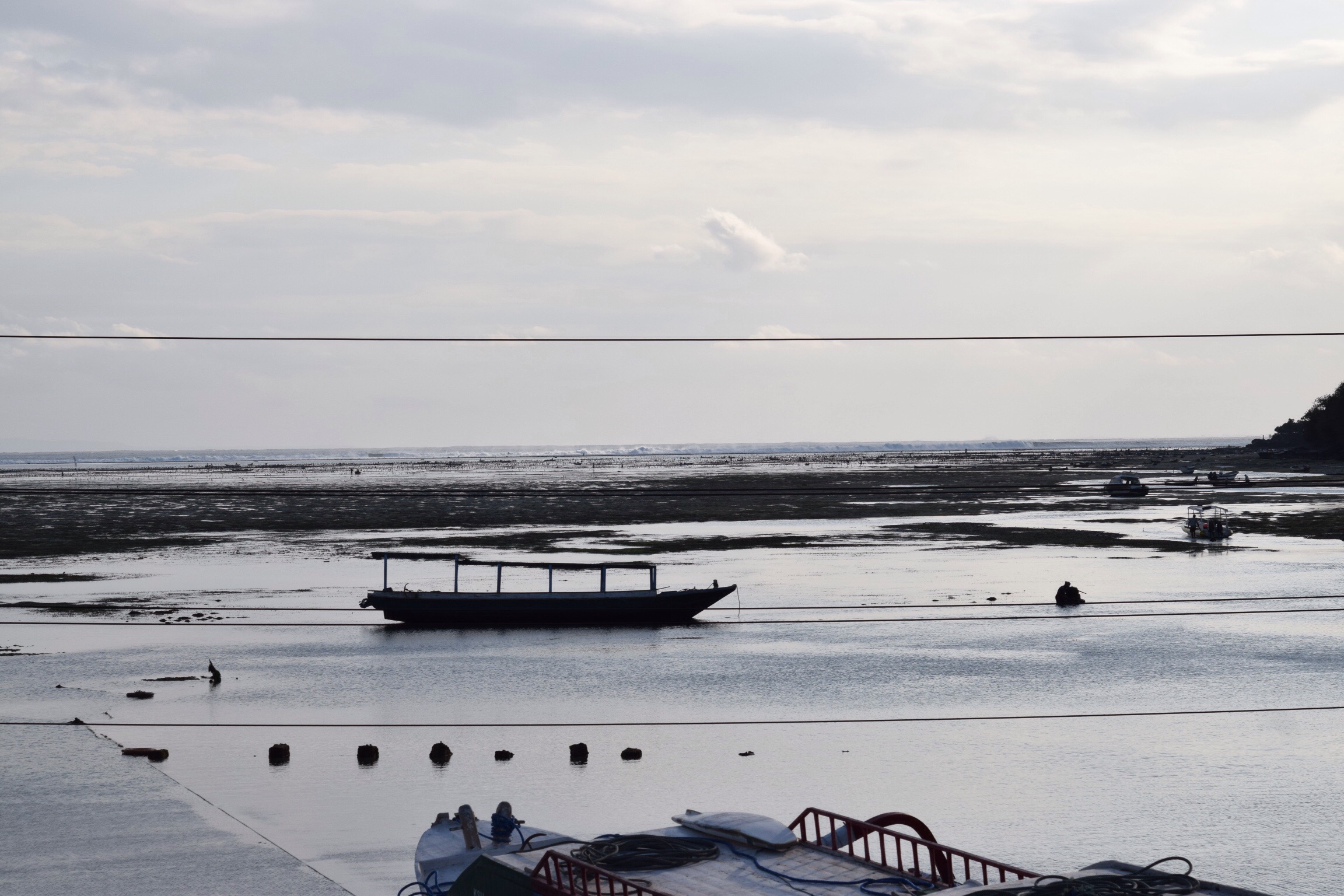 Being injured sometimes makes me feel tough, wearing bandages like a warrior. Well, as soon as you sport two bandages they just make you look like a whimp. I am honestly clueless as to what I might have done to my wrist, but I cannot bend it or apply pressure to my left hand. Whatever I’ve done, it’s way worse than the burn. The latter only keeps me from swimming, which I will hopefully be able to redeem as soon as we find a pharmacy with big waterproof bandaids. The wrist keeps me from canoing and especially from scootering – my mum’s said she wants to try scootering herself but ,well, if anything happens there’s no chance of her mounting one again.

Update: Mum has tried scootering by herself and seemed pretty pleased with herself. 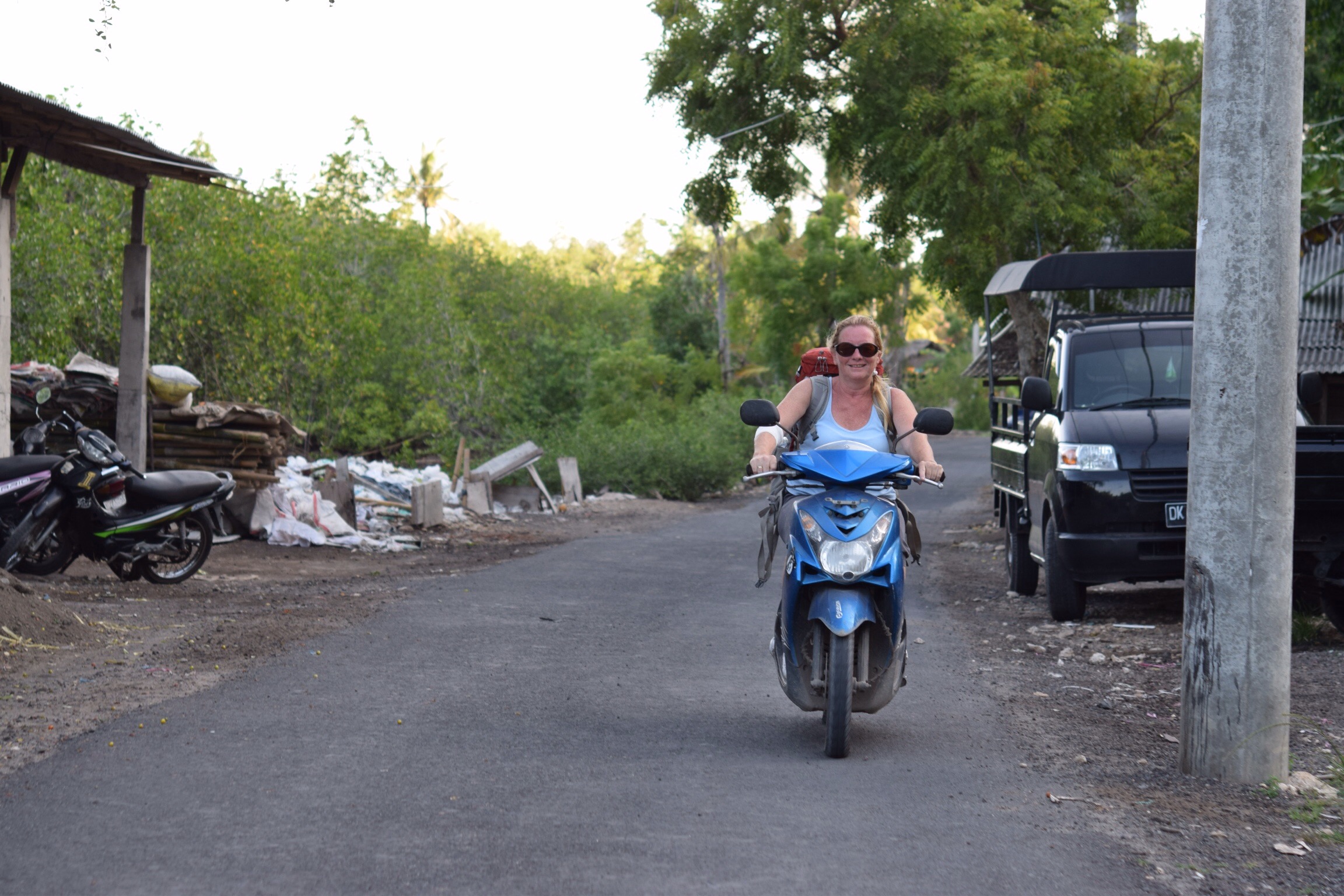 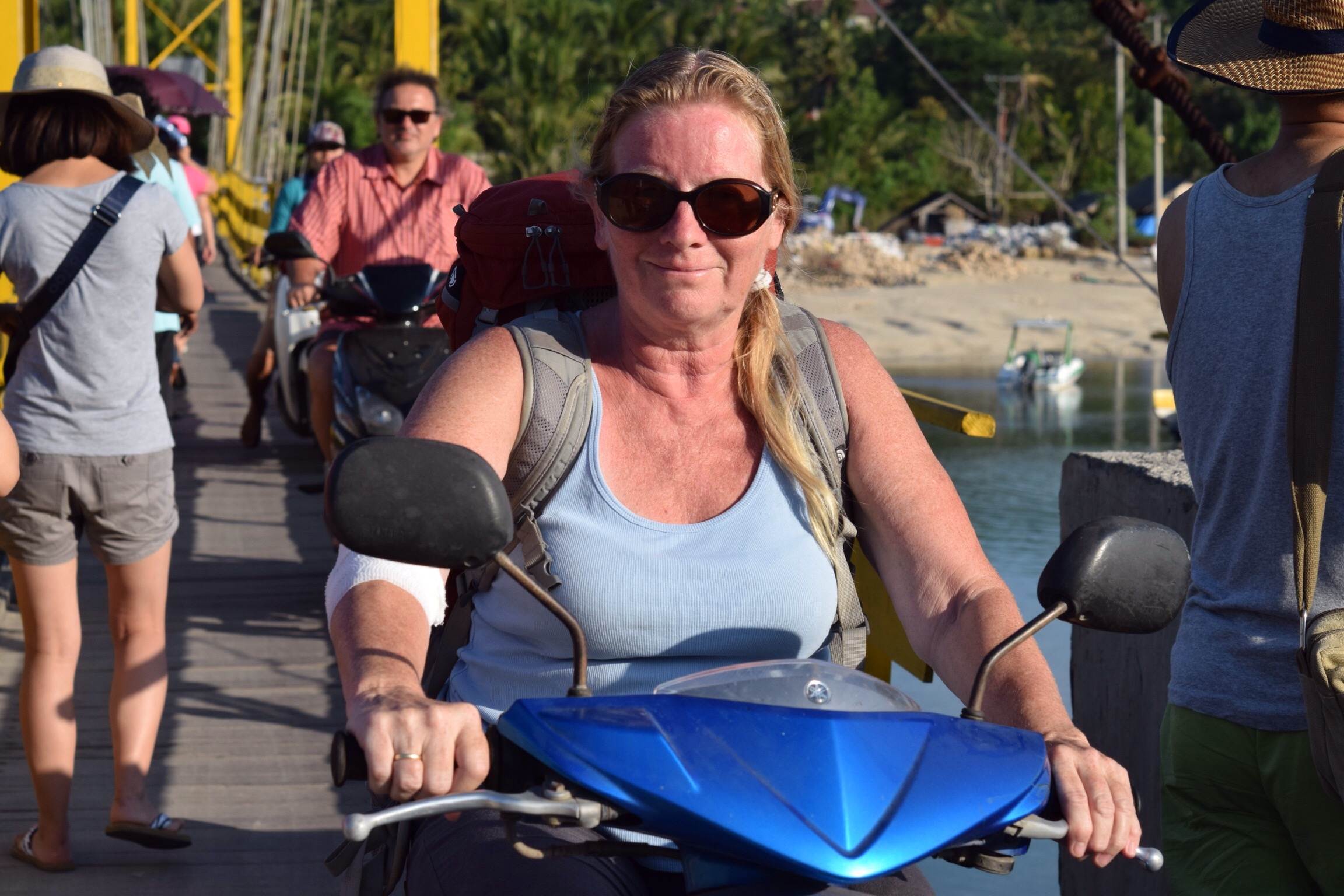 Things could be worse. I could be injured way worse, I could be injured in a much worse place. As it is now I’m getting to write this in a warm climate on top of a hill with one gem of a view and a pool by my side. Really the worst thing about being where I am right now is not being able to swim in that pool. Life is good, and I am so glad I pulled through the uni stress beforehand to fully enjoy this vacation. While riding the scooter yesterday I couldn’t close my grinning mouth. I love it here and I love that my mum and my dad, too, are here with me. It’s different from what I’m used to, but it’s fun. So long as you stay away from exhaust pipes that is.