It’s been roughly a year since I asked Tod whether he would like to travel with me. It’s been roughly a year since we began talking everyday. It’s been roughly a year since we started counting down the eight months we had to wait until we could meet again. I’m thinking about this now, in the middle of the night, after putting on an old playlist to fill the emptiness in my room which Tod’s moving out has left behind. There’s no snoring or teeth-grinding next to my ear. I can’t engage my mind in the thoughts of how warm his arms are or how I’m definitely not going to stay in that position all night – or how I definitely will. Searching for the right playlist for tonight took me a few minutes, and I finally came back to the Birdspitting Moose Mix. My then best friend had made it a few years ago, a relic so to say of the moment before our friendship was to end; I cherish it deeply. This very calming and, concerning my taste in music, absolutely on point playlist has been my go-to and saviour in the most uncomfortable situations like a day long horrid hang-over or illness, and I’m pretty sure it’s cured some heartaches and homesicknesses as well. Basically, I used to put it on every time I was in such terrible condition that I didn’t want to think, because it has a quality which transports me far away from whatever is going on at that moment.

What I had forgotten is that I used to listen to this playlist every single night this time last year, mainly over the winter holidays. I also modified it around that time. There is one of Tod’s songs in there now which he sent me for christmas that year as well as a very short audio story he had recorded for me – The Three Robbers. I hadn’t heard Tod’s voice outside of music for a long time then, and all of a sudden I got to fall asleep to it every night. When I listen to it now, at first it sounds a million times different from how I know him, because it sounds like the person who I didn’t know very well then. After a few seconds of listening, I realised it’s the way Tod speaks to people he doesn’t know well either. It’s a treasurable reminder of a time when, despite getting really close, there was still uncertainty  and awkwardness between us. The playlist must have gotten shuffled since, because I remember the audio story being in first place every night so I could pay full attention to it before falling asleep during the songs that follow. What stuns me the most is how I completely forgot about adding his files to the playlist and these other, newer memories it now holds apart from being a remedy for my mind.

Maybe, unconsciously, that’s why I put it on. After spending four amazing months almost entirely in each other’s company, we are now doing the long distance thing again, just that the distance is a little shorter. Things are back to messenger, snapchat, phone calls and skype kind of interactions, but by now I really know the person on the other end of them, I mean really know. Over eight months we had supplied each other with puzzle pieces. We made them as detailed and telling as possible, and each of us had an idea of what the other picture could look like. Now, we’ve assembled the puzzles side by side, and I must say they go rather well together, too. There is no confusion anymore for me who my boyfriend is, no questions of the kind that I had before. 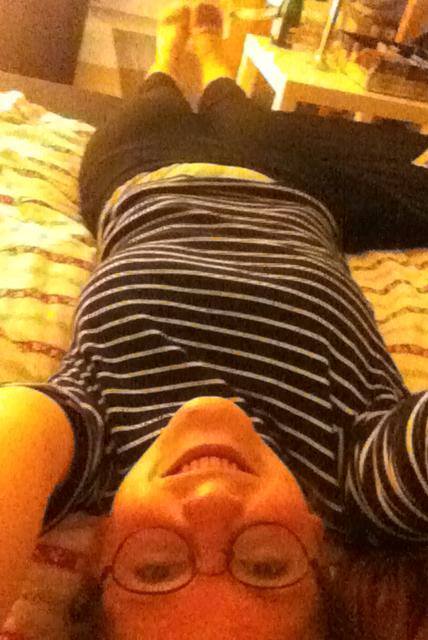 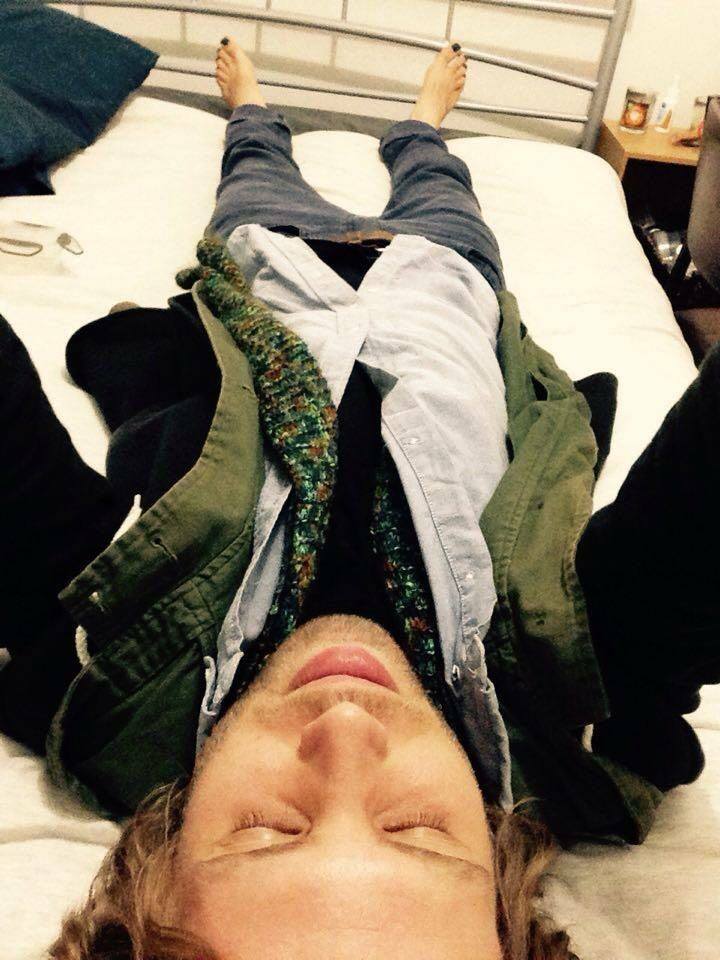 Yet, I’m back in a similar situation to a moment in time when one of his comments could send my heart racing with uncertainty. I used to urge my overworked brain to figure out if his contradicting words and actions meant he liked me or not. After all, I was sat on the other side of the world not wanting to jeopardize a lovely friendship for wild dreams. A year ago, I didn’t know if it was okay to send certain emoticons – how would he interpret a heart? Is a wink too flirty? We used to make each other speechless on a regular basis. My phone is filled with countless selfies from that time, each one of them a plunge into the same deep blue ocean of possibilities. A year ago, I was pulled away by big ideas and daring hopes, all the while trying to keep them small, staying reasonable and not thinking too far ahead about this guy who I had always considered much too cool for me. I’m grateful for the memories and faint tastes of emotions from our past being transported to me through this music. With the discovery I made today I got glimpses of a past in which my boyfriend didn’t even know how to pronounce my name! I have the audio file to prove it.

Our journey still amazes me and still, I think too far ahead and work hard to keep my dreams in check. We’ve come full circle.  A year later and we’re apart again, only that we’ve grown quite a bit. Or matured shall I say, like a good old cheddar. The distance is much smaller, too. It’s manageable some would say, but we have yet to make that experience. What I can say is that I don’t miss Tod yet. I’m okay with us being apart, it doesn’t make me sad or unsated. It doesn’t even bother me that I have no clue, when I can see him again. The emotions that take me over when I’m emotional at the moment are not sorrowful in the slightest. Instead, they fill me with wonder at how much I care for this man. It’s happiness that I feel when I feel about who and where we are right now. Listening to my Birdspitting Moose Mix made me realise with a nostalgic fondness how much I love this man that’s settling into a gorgeous house in the country some five and a half hours from here at the moment. Five and a half hours, yes, it’s the same time zone! Maybe that’s why I feel so calm. Things are almost back to the way they were, but this time I know that if need be or if I just wanted to, I could see him by the end of the day. That’s pretty amazing. Though I have to say, I miss the ten hour difference a little sometimes.