Bangkok has got me back. Even though this means it’s the end of our trip, and even though we haven’t really been doing anything, I feel peaceful. Traveling has made me hungry for a longer trip, but the one thing I would miss would be starting and ending in the same place. It is nice to tie these crazy four weeks together, to not feel the need to explore more, but to revisit, recognize and reflect. Surely, I have altered my Bangkok experience this time around. There are other people for one. My brother and a new friend who I have gotten very used to having around. We play scrabble, visit malls, go to the movies, just take it easy really. Johnny, a chef from the USA cooked us dinner. Everyone licked their plates. We sit and read, and I try not to think about the cold, the hill up to my flat, the uni seminars I didn’t get, my two work shifts awaiting me next week. I want to drift for a little while longer, walk out into the lit city because I can. Lay in the birdcage on the roof at night because I can. Kiss strangers because I can. 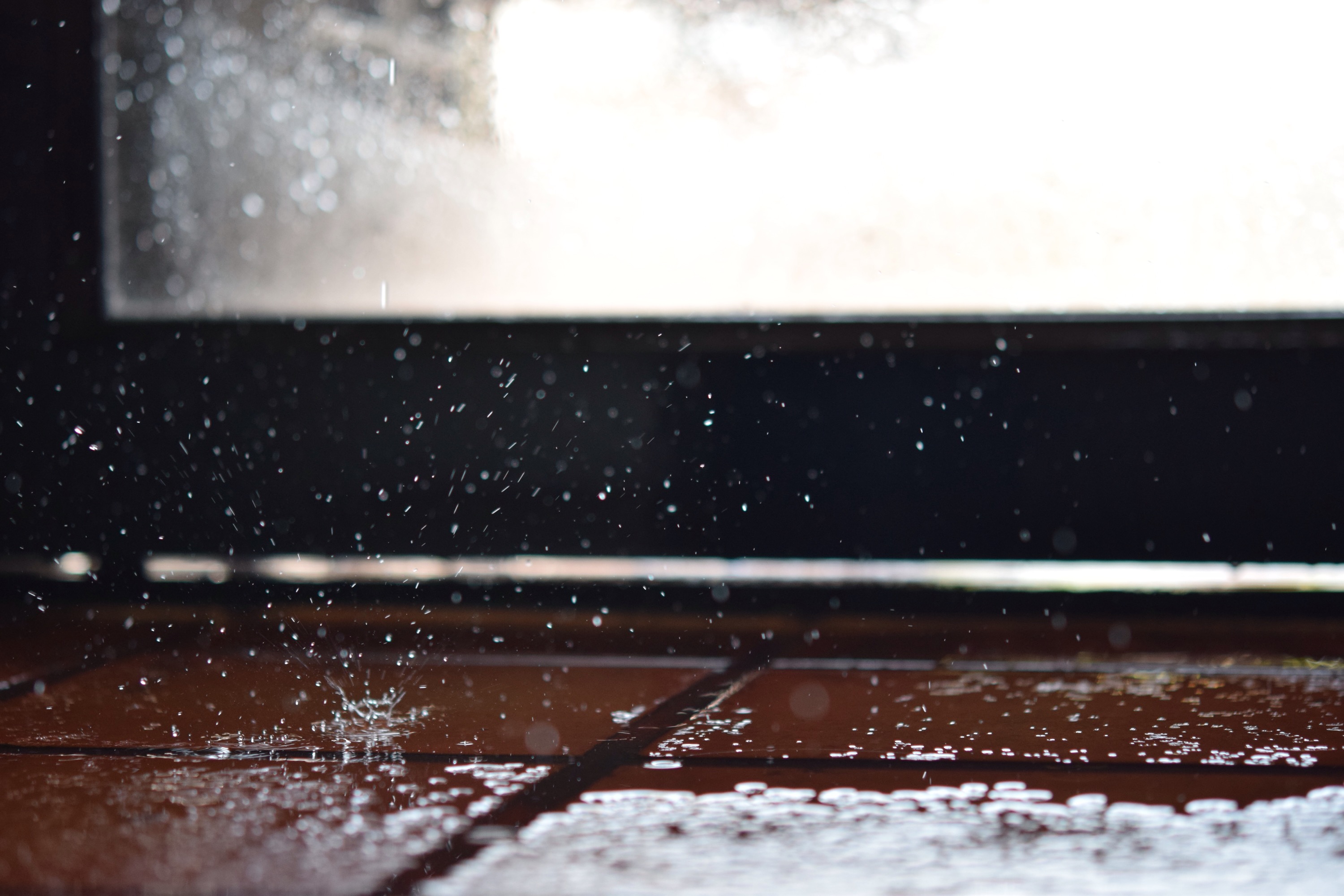 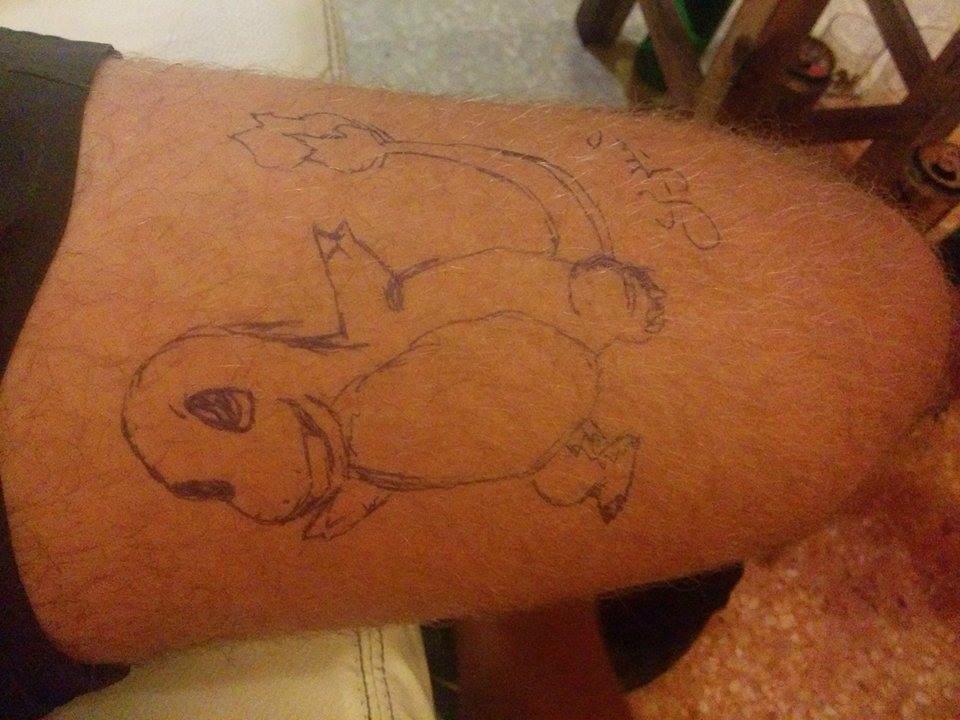 I have somewhat turned into a Pokemon tattoo artist, available during scrabble hours. This particular print now beams at everyone from the seat of a white sofa. 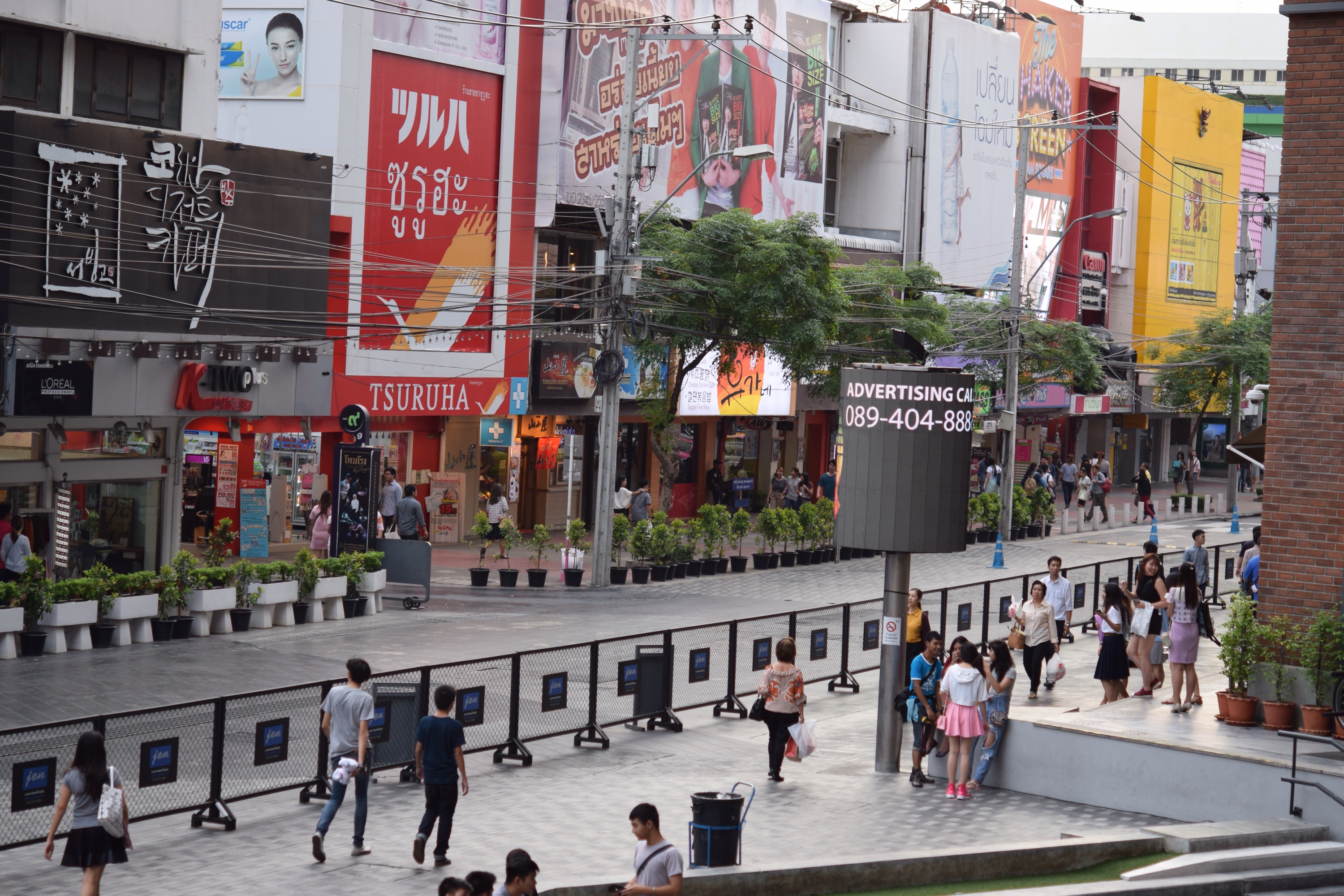 But all good things must come to an end, and this is not my last post yet, so I don’t want to lose myself in my ponderings. Instead I will tell you about last night. A scrabble filled night, of course. A delicious night. We went to a jazz bar, I think Kim, from my first stay in Bangkok, initiated it. We ended up being seven people, they shared a beer tower, and we listened to the four man band. Tapping feet, bobbing heads, occasionally leaning in to each other to exchange a few words. Then their song took on a steady rhythm, and Tim and I used the opportunity to dance. We hadn’t in quite a while, and our moves were rusty, but I laughed as I was blackening my feet to the live music. That would have been enough. It wasn’t for the musicians. They signaled us to dance again to their last song, and approached us to thank us after. Having thought it might be rude to twirl around in front them, I was surprised in an excited way. (Excited, I have been using that word a lot and never lightly. Excited to learn to scooter, excited to meet on Koh Lanta, excited to cuddle kittens, excited for a massage. Always excited when unexpected opportunities appeared on the horizon taking shape into a wonderful, tingly feeling plan.) 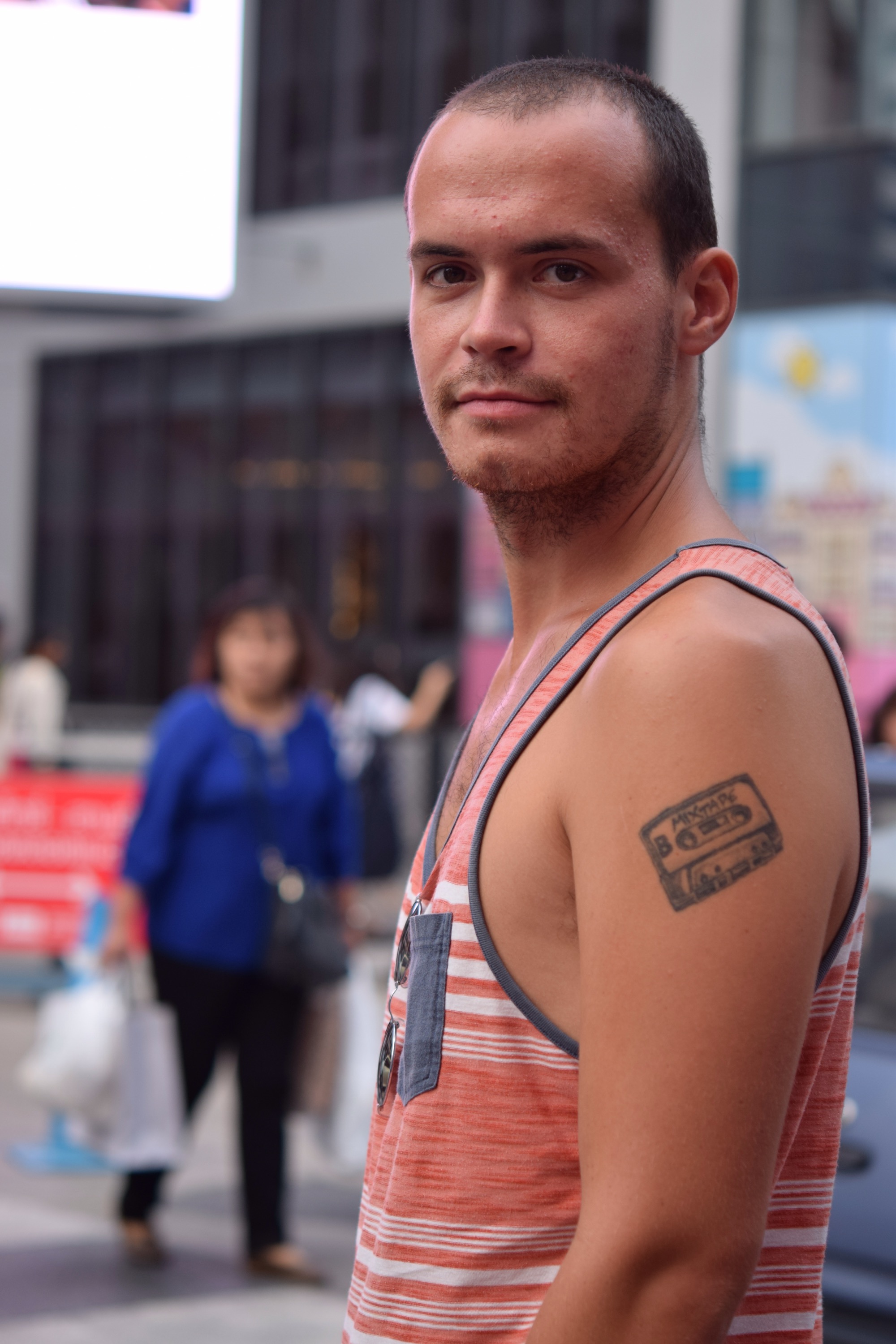 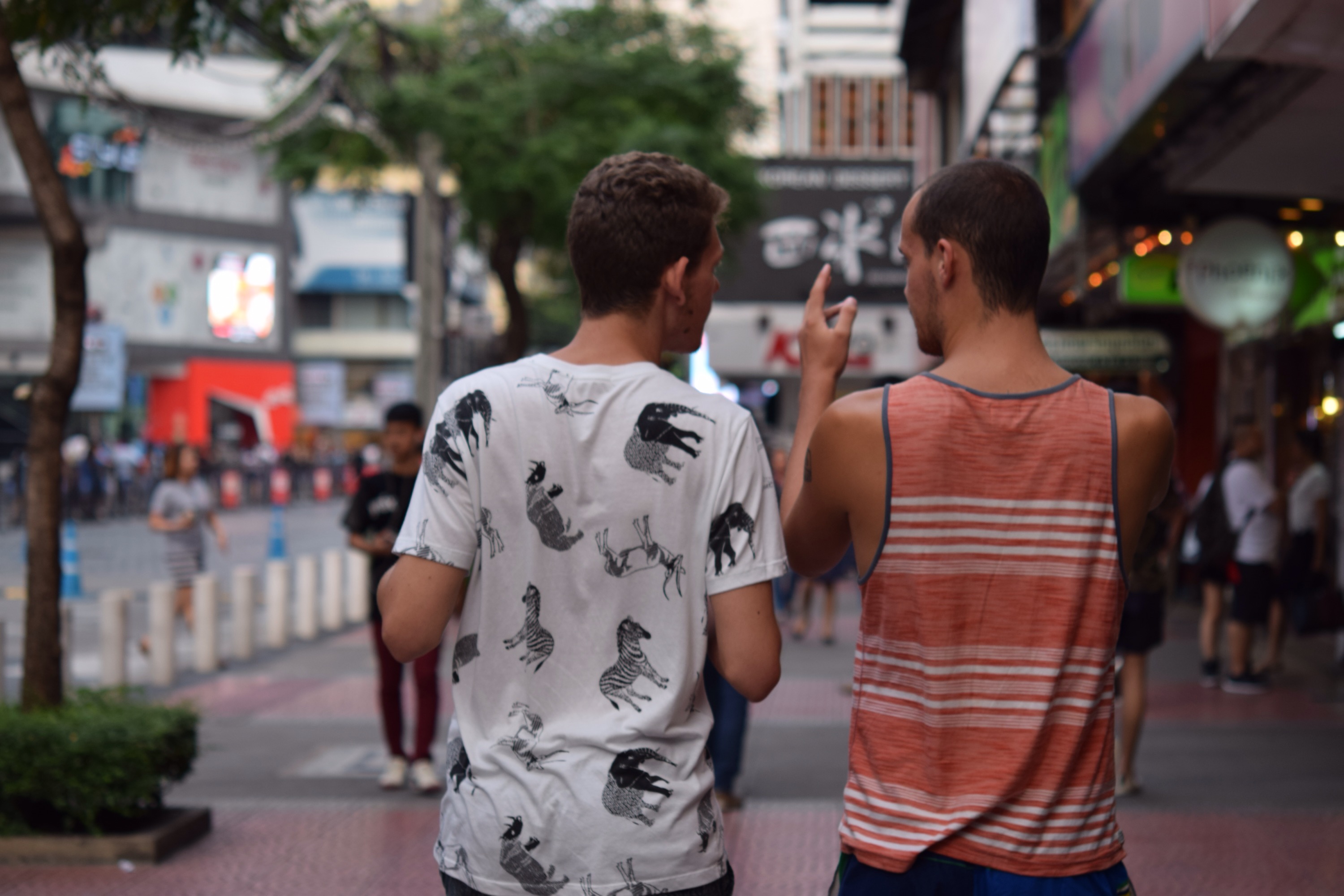 We went to grab a cab then, but a Thai man peering out through a karaoke bar’s curtain had other plans for us. An unexpected opportunity, but I didn’t have enough time to be excited. We didn’t know what awaited us, and how could we have. Would you have guessed your Western songs of choice were going to be Toxic, One way or another, By the way, and Zombie? Although techincally we did Zombie because a tiny Thai guy asked us to. Would you have guessed that Darius from Lithuania would not hesitate for a second when offered the microphone to break out into a fake Thai harmony so convincing, the whole bar cracked up laughing? Or that we would initally be refused to have all English songs played after each other, because they didn’t want us leaving? Or that Michael would get tipsy enough to finally start dancing? No, I could have never anticipated how much fun I was going to have in that little room. 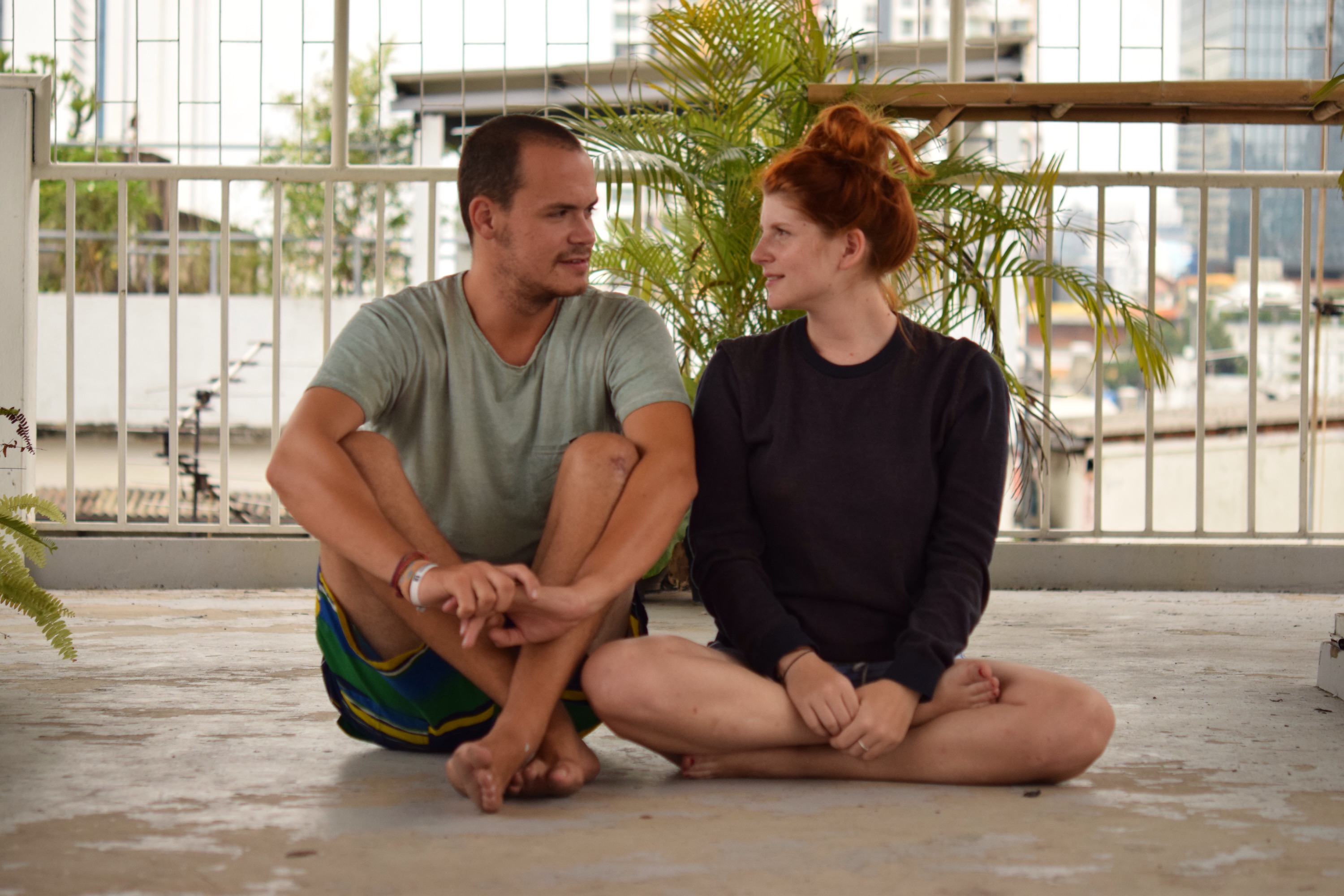 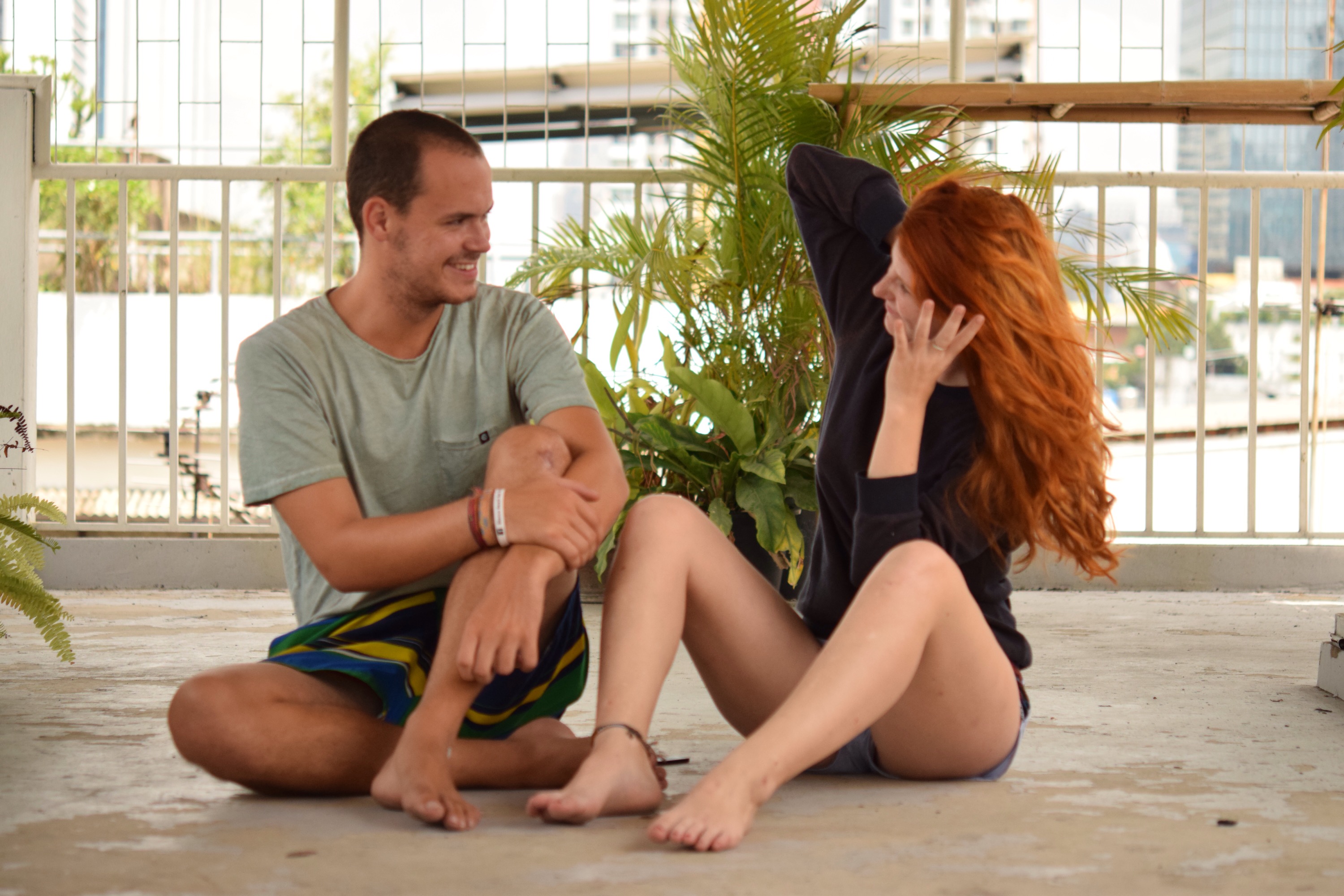 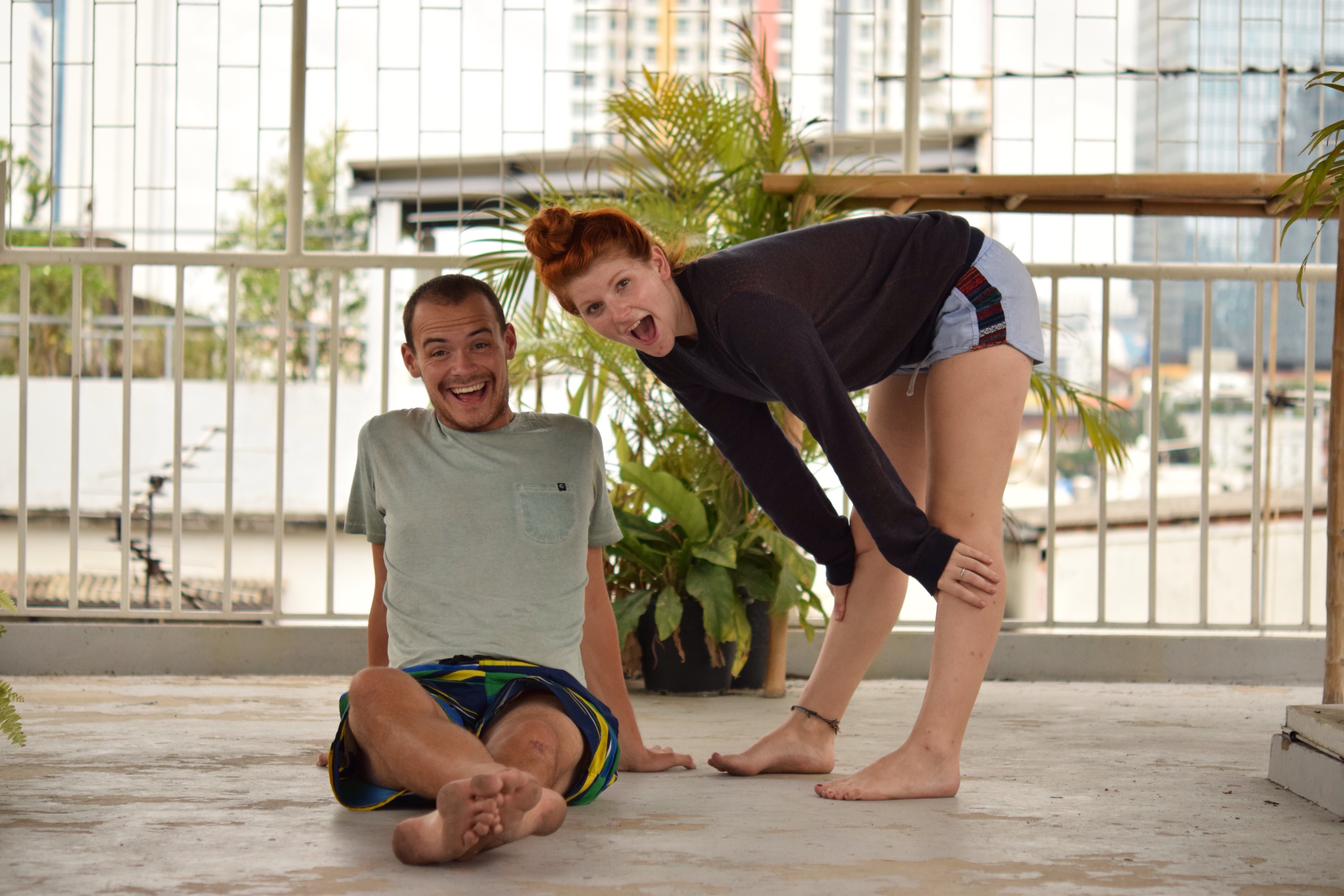 That was Mike’s last night, a worthy last night I dare say, although it did mean we didn’t really spend any quality time with him this morning before he had to leave. What we did manage, and anyone knowing me will understand that it was sort of a highlight, was to take to the birdcage again for pictures. Sadly the first row of them is not quite in focus and I could bite my butt for it. Instead I stuffed my face with delicious sushi to distract from saying goodbye to a friend. Sure, two weeks seem like nothing, but when traveling, especially considering it’s half of our trip, it is quite a while to spend every single day around a person. The three of us made fun of each other, took care of each other, got to know each other, and overall are quite happy Mike decided to climb into my bed that one nigh and announced he would love to lick my eyeballs in a broken German sentence. That’s close enough to the truth. But when a three hour conversation is born by asking one question and a British young man abandons a pub crawl in favor of said conversation, you will end up friends.