It’s the year 2016, and I am not going to get very poetic about what that means, although there are quite a few cool movies coming out this year. No, the interesting thing about 2016 is that it’s three years away from 2013. Between those years a lot of change has taken place in my life. I graduated from High School, traveled to Australia and Asia and America, moved away from my family, started uni, got different jobs like my current one at the movie theatre. That’s what happened on the surface. 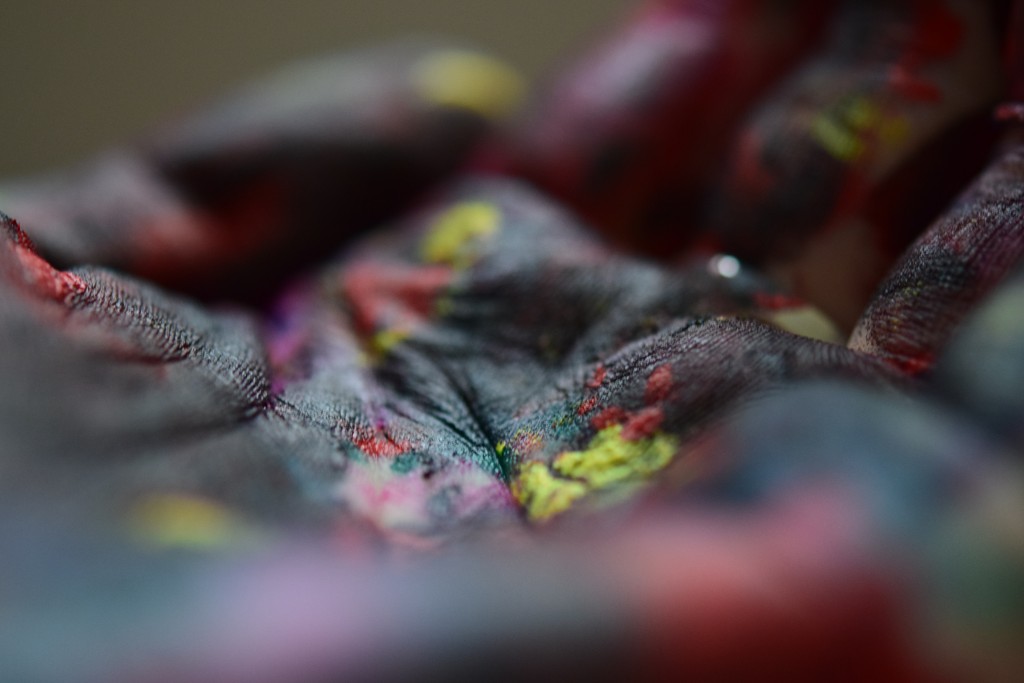 I have changed way beyond that, and most of this change occurred while I was in Australia. I have become more relaxed. The old me, or young me as I would like to say, got stressed quite easily. She worried about her body, about fights with friends, about men most of all. When something didn’t work the way it was supposed to she could flip and cry and yell at people who were not responsible at all. Then having yelled them would eat at her for way longer than those people would ever remember. She put herself under large amounts of pressure to please people, to do useful things, to figure out the world and herself. 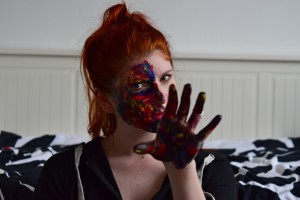 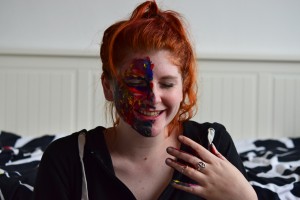 When I left all of that behind me, I felt grown up. I had outgrown that childish, hardly controllable girl and become more relaxed. I crossed bridges once I reached them. I didn’t get upset easily anymore. I put the cards on the table when meeting new people, because I figured if they didn’t like me there was no point in trying to get them to like me. I decided not to fight for people who didn’t want my love. For the first time in my life I didn’t feel dependent on the love of a man anymore. I took control of my emotions. That was amazing. I wondered if those who knew me realized how I had changed for the better. That I was easier to be around,  that I was in balance! I was so proud. 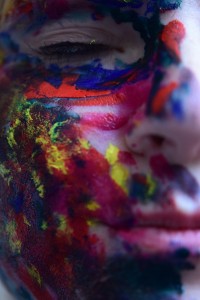 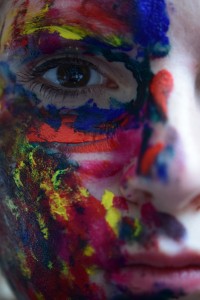 What has changed? I am still proud. My new attitude has helped me stay calm in a lot of situations that would have sent me reeling unnecessarily before. But lately I have started noticing that I am missing something. I realized when I talk to people and speak of myself I often describe a person who I am not anymore. What I thought had been a transition to a more relaxed person seems to be more of a settling in the middle situation. Because not only did I tame my tempers, I also tamed my passions. 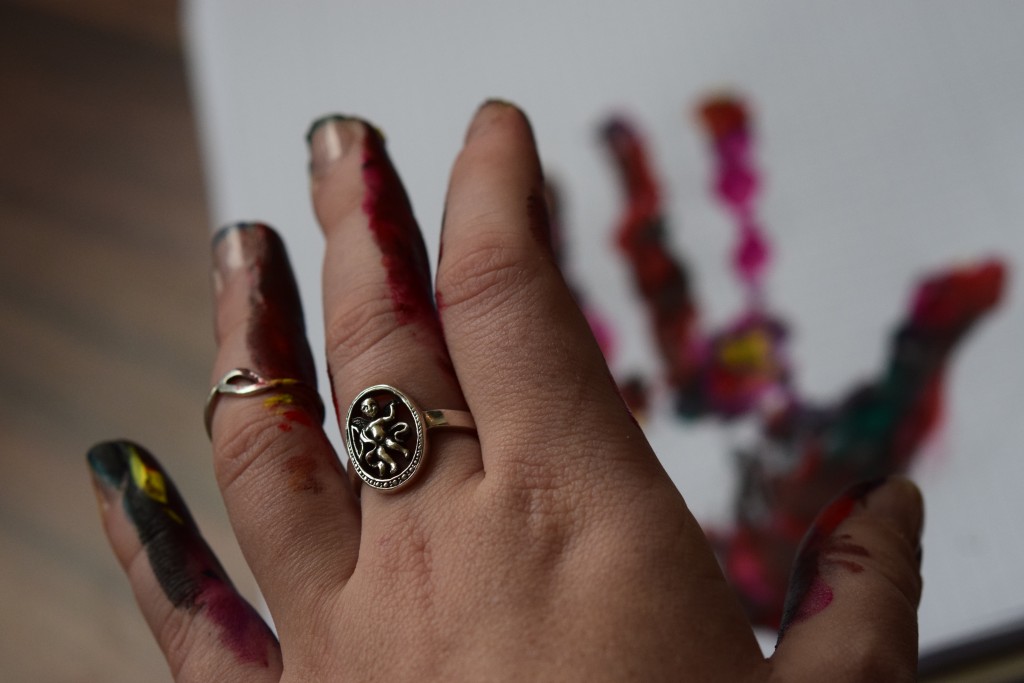 Arguing with a friend used to open a fire breathing pit in my stomach that I could only close by making up with that person. I went out of my way to show my love. I was an excitable volcano of ideas that inspired other people. I was wise when I spoke about love, and love was what defined me in my eyes. Love to detail, love to happiness, love to people. I used to feel it in a way that it electrified my body and made me feel like I couldn’t hold it inside. That I had to run, jump, hug the whole world to bear it, otherwise I would explode. Yes, feeling that strongly meant I felt the greatest joy and at the same time was prone to give into anger or hurt that were equally as overtaking and difficult to bear. But I was a master of emotions – I felt them all, rode them like one would surf a wave. 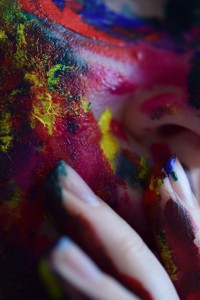 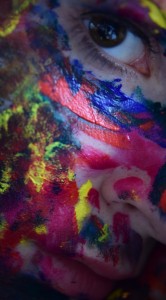 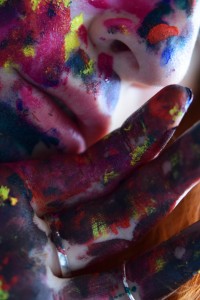 Turns out when I became “relaxed” I just became less emotional. When people confess their sorrow to me I barely know how to react anymore, while giving emotional advice used to be my forte. I used to listen to music all the time. When cooking, studying, tidying up my room… I used to sing along to it all the time as well. I used to dance so much my best friend probably has a library full of dance videos from me. I barely do any of these things anymore. I used to bake in the middle of the night to make someone happy in the morning. I used to write till I lost track of time. And I used to love like my life depended on it. I was willing to take the chance to get hurt – and I am not anymore.

As time progresses we change. If we don’t, if we stay stationary, we might as well not be living at all, because we have to react to the things that happen to or around us. I don’t know if there is only one way we can change in those situations. I know my change tells me that I did something right with adapting to Australian life. It reminds me that I learned to relax from a man who I loved as fully as I have always loved. I am happy that I have grown the way I have. Just now, that I know I also neglected some good, even vital, parts of me, I want to get to know the young me again and let her inspire me again. Because she isn’t the old me, I don’t want her to be. If she were I would have no way to regain parts of her that I find defining of who I am. Instead I am going to embrace all of me again – the caring, the composed, the reckless, the concerned, the sparkling and the raw. 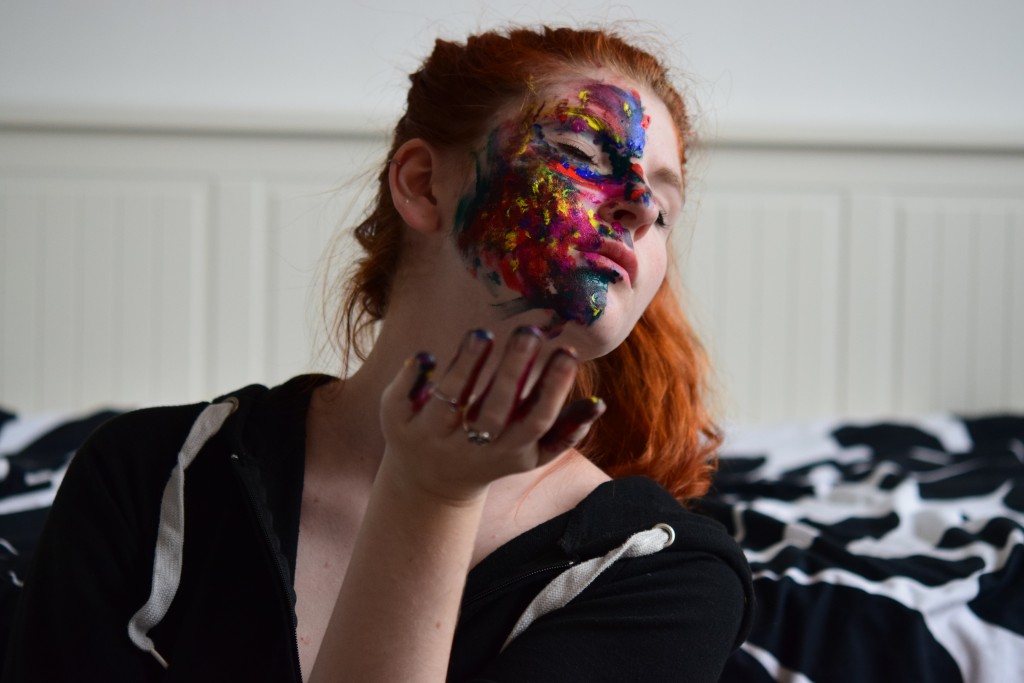 So, 2016, here’s to more writing, more dancing and singing, more loving and more impossible ideas. I am ready to face you.
Cheers.