When people hear ‘our’ story they sometimes spin a fairytale out of it. “You’ve only met for one day and are together now? That’s unreal!” “I can’t believe you got to know each other through letters – that’s so romantic.” “He’s liked you all that time? It sounds like a true love story.” They tell you they admire your patience, that they could never do it, and basically turn you into a relationship super hero with their words. Of course they acknowledge that it’s not pure magic, yet most of the time their presumptions go in the wrong direction. “Skyping must be so hard”, but really it isn’t. Not for me at least, not when you know how to change things up and evade staring at each other from the same position in the respective bedrooms while recycling old conversations. “You guys can’t even kiss”, but then again, I have never kissed him anyway, so I don’t know what I am missing out on. “You have to think about it longterm”, but we don’t. I mean we do, the conversation’s come up, there’s hardly a way around it. Still, we don’t need to figure out quite yet, whether I give up being close to my family and a pretty good social systems out there or he gives up a name that literally means Death in my language. Instead, we need to figure out if our hands will fit into each other, if I will hate the way he combs his hair, or whether he will be disgusted at the fact that my shedding hair can single handedly stand in for five furry dogs during a coat change.

The truth is, loving someone who isn’t around is god damn hard. Not because of the physical distance or because that is such an important factor at all. But because your love doesn’t feel validated. In our case specifically, in which we got together two and a half years after meeting and have seen each other only once, people are split on how things should play out. We are either the romantic couple of the year, destined to get married and have half-Australian babies with terrible skin, or the tragic lovers who will meet and be horribly disappointed. Just don’t get your hopes up too much – I hear it quite often. That or a skeptical, well, I hope it plays out well for you two. Thank you, me, too.

Because, really, hoping is all I can do. Never in my life have I been this realistic about a relationship. I know things can change easily, I know it’s going to be crazy to look into his eyes in a few months and actually see them for the first time. It’s one hell of a scary thought, actually. There is so much pressure on that one moment that I feel like the anxiety could knock me out any second. What if I look at him and feel absolutely nothing? Even to me my feelings don’t feel validated sometimes. How can I be sure what I feel is true, no matter how intensely I am feeling it right at this second? How do I know the person I care for is really who he is in my mind? How can I be sure I haven’t just shaped him to my liking, that I take everything he does and arrange it as a perfect fantasy of a man? A fantasy he cannot contradict yet, because he is, in fact, not here to do so. What if what I am feeling is not romantic, but much more curiosity, excitement, infatuation?

Having doubts seems like a subtitle to the long distance story. They are not doubts about his sincerity or fidelity, they are doubts about the feelings inside me. Which is absurd, after all we spend hours on hours writing letters, talking, creating surprises for the other, finding new ways of interacting in a very limited space of possibilities. Our sincerity or commitment is not in question. Not once do I stop and ask myself, do I really want this? Instead I ask myself, can I really do this? Am I capable of loving this man, a question which reaches deep down inside of me, and in times like these finds no resonation. 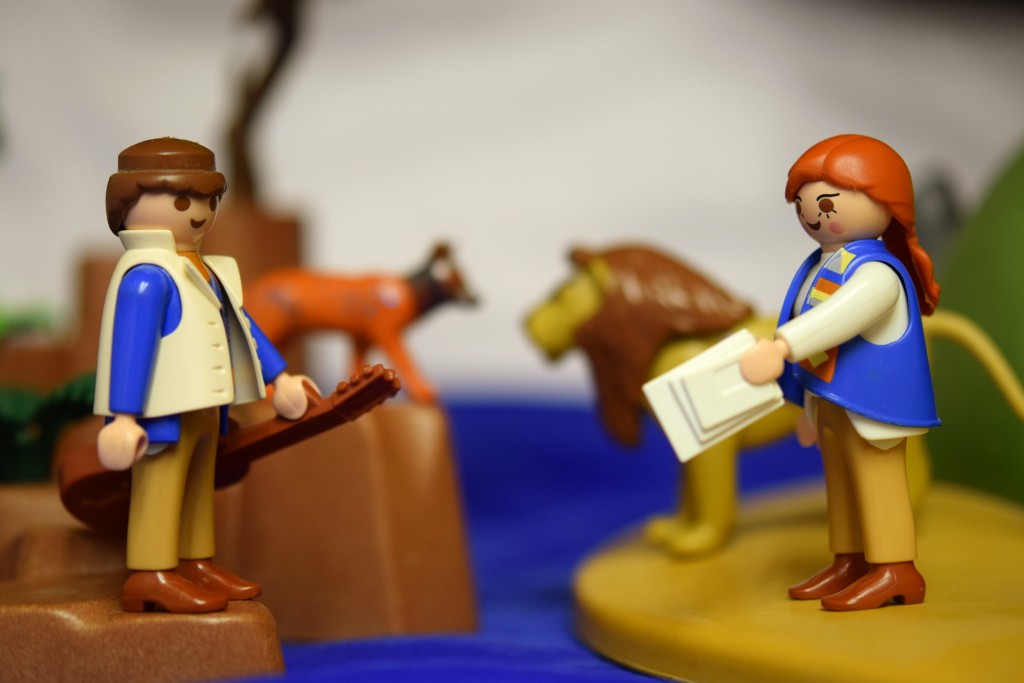 When my life gets stressful – out of my mind stressful, so stressful that I actually get ill, that I neglect aspects of my life that I find defining of who I am – my relationship suffers. This is not unusual or exclusive to long distance relationships. However, when your partner is by your side in times when you feel drained yet frantic, when sometimes even the smallest tasks appear like a chore and your mind is consumed by the deadlines dangling above your head, you still get to crawl into bed at night and fall asleep next to your partner. Maybe you haven’t spoken all day, because your tongue is tired, because you feel too empty to make sense some days, but you get to express fondness and experience closeness, nonetheless.

When talking, typing, conversing is a chore, a long distance relationship becomes a chore. When my mind is consumed by the demands of my life, it cannot at the same time be consumed by love. The powerful exciting thing I have felt for the past months all of a sudden falls away, because my body cannot take it anymore and it disables the one thing that isn’t actually a chore, or a demand, or a necessity. The doubts have been there the whole time, yet they were small, little flies that were swattable. I had time to focus my energy on my relationship, with my attention divided by half at a maximum. Now study and anxiety have begun to take over to such an extent, that I have to make decisions. When I decide to talk to him before I go to work, I postpone writing on my paper. A paper which is due in September, but has to be written now, because the time I would have in the future I have already given to him. So when I postpone my paper, the pile of work doesn’t decrease, only the time I have to complete it shrinks. You can guess where this is going – less time, more stress, more of this trouble.

What I am talking about is not the rule, nor is it an exception. I’ve experienced both in this relationship. A healthy balance between life and love, and a point where one gets in the way of the other. We’ve tried studying alongside each other, including one another into stressful chores, to get both done. It’s not optimal. No, cooking together for hours and then not getting to slump onto the couch side by side to vegetate through our food coma is not optimal. What I described previously is simply handicapping both. It makes me ineffective and our time together unsatisfying.

Why do I write this? Because I am scared out of my mind, and I don’t know how to deal with it. Would you not be scared, if the fire that was inside you for months was suddenly extinguished or at least decreased until it didn’t heat you anymore? There is a treasure out there in the world, and I was the lucky woman who stumbled over it and landed face first in the sand. I say that because for the longest time I didn’t know I could actually dare to consider the treasure mine. All I saw was the sand. Now I hold the treasure and fear that I will let it slip through my fingers just like the sand.
I am scared because I know what I feel, but feeling it competes with the challenges I have to face before I can follow it. And I am scared because I worry that my feelings might be a hoax, wishful thinking, experienced as something much bigger than they are, and that I will disappoint him when I finally get to be with him.

Feeling like we do, like I do, is intense. It is all consuming and it’s absolutely wonderful. Still, it’s so god damn hard to love someone who isn’t around.